The 1955 Chevrolet has its weekly run.

We woke up to a light dusting of snow. This pattern of cold weather was the order of the day in stark contrast to blue skies and sunny weather yesterday. 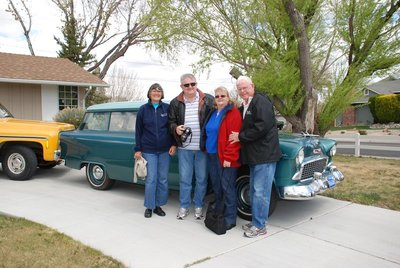 At the front of Bill and Ann's for the obligatory photo

Bill, Ann, Colleen and I boarded the 1955 Chevrolet for a lunch date in the Lemmon Valley to the north west of Reno. A former military base called Stead is just a little further along this road. 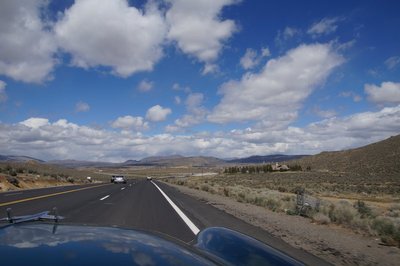 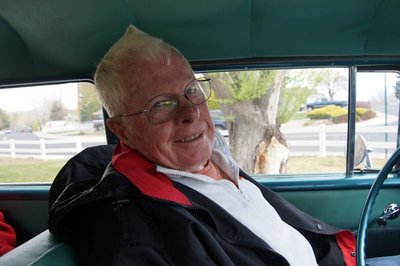 Bill behind the wheel

Bill and Ann are inveterate travellers. Long retired as teachers they have always been big travellers. This morning I read some early 80's copies of American Motorcyclist, Rider, Trailer Life and Motorhome. Bill has been a long time travel feature writer for these publications. I read his travels on his Honda Goldwing riding through South America and through Death Valley.

Bill and Ann bought their Chevrolet new in 1955. They usually travel in a 1969 Trailer (known in Australia as a caravan) pulled by their 1976 GMC Pickup. Their new Toyota RAV 4 is their current town car.

At the Homestyle Cafe we had an extraordinarily large lunch. My rib fillet steak sandwich with onion fries and salad was also served with a soup for $7.99 total. 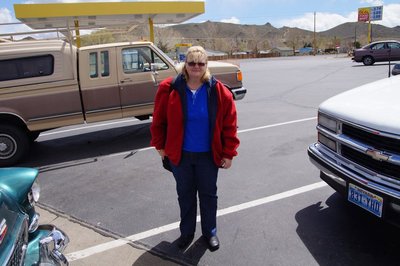 Colleen in the parking lot of the Homestyle Cafe saying...yet again...no more photos!!!! 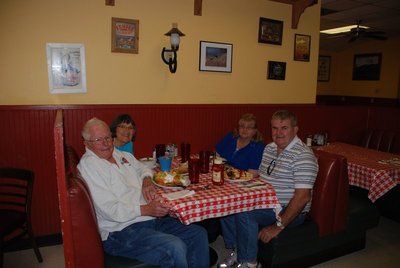 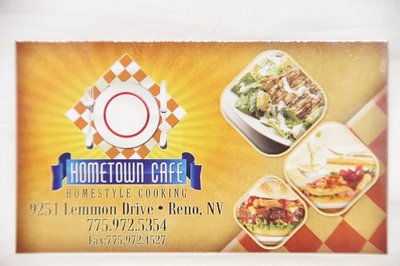 We have had a few shopping trips (only for groceries so far). A supermarket chain here is called Raley's. It sells just about everything. A carton of beer here is around $20 for Coors, Samuel Adams or Heineken. The cost of living is markedly cheaper than home.