The best way to get a very good overview of what to see and where it is!!!

This morning we set off to Union Station to board the Big Bus Red Loop which took us back to the Capitol, the Smithsonian Museums and on to the Washington monument. The Washington Monument is an obelisk on the National Mall in Washington built to commemorate George Washington, the first American President. Construction began in 1858. At 555.5 feet it isthe world's tallest obelisk. It is still undergoing repairs from an earthquake that shook Washington in 2011. 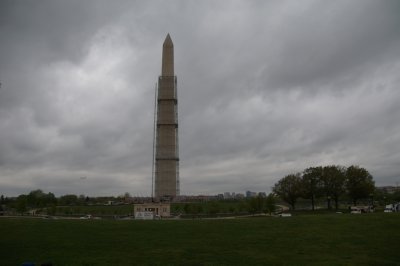 The Washington Monument 555.5 feet tall with a base 55.5 feet - the tallest obelisk in the world

We changed buses to take in a tour of Arlington National Cemetery. We spent about 4 hours or so here. There are approximately 400 000 people interred here and the 671 acres are expected to be full by 2025. The property was originally owned by George Washington Custis Curtis, the adopted grandson of George Washington who left it to his daughter Mrs Robert E Lee.

When General Robert E Lee resigned in 1861 and the Civil War started federal troops occupied the property and a tax was placed on it. As the taxes were not paid the property was confiscated by the government. Mrs Lee's Rose Garden was used as a cemetery and much later in 1884 the property was returned to her heirs. They declined to live there (something about the garden) and sold it to the government for $150 000. 671 of the original acres make up Arlington National Cemetery. 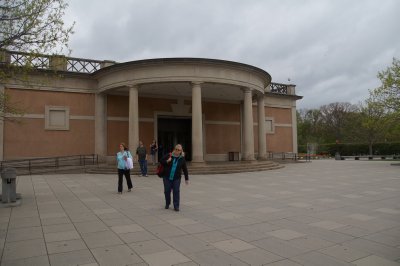 When President Kennedy was visiting Arlington a week before his assassination he was heard to remark on looking across from Arlington House to the Washington Monument , "I could stay here forever." And so he shall. 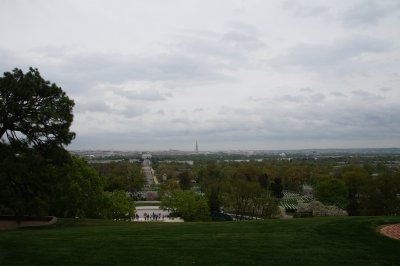 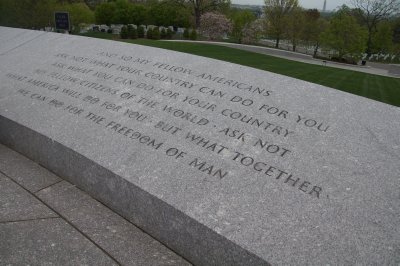 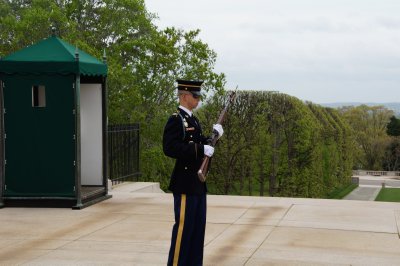 In recent times, all headstones are now a regulation size and are owned and maintained by the US Government. The most decorated soldier of US forces in WW2 has a standard headstone as he died in 1971. for those of us with very long memories we would remember this soldier as Audie Murphy the cowboy movie star who is probably better known as the most highly decorated US soldier of the war. 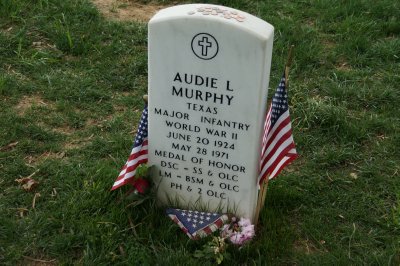 Changing of the guard at the Unknown Soldiers Memorial - actually there were four unknowns from WW1, WW2, Korea and Vietnam - now there are three as they identified the vietnam soldier through DNA.

Memorials are in place for the Challenger and Columbia Space Shuttles. 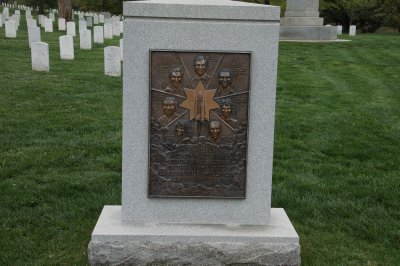 From here we travelled to the Pentagon Mall, a large shopping centre near the largest building in the world, the Pentagon. after lunch we went back to the Washington Monument to catch a different bus to Georgetown. The conductors on these buses really have a very interesting and entertaining commentary.

On the way we saw the Ford Theatre where President Abraham Lincol was assassinated. The assassination of United States President Abraham Lincoln took place on Good Friday, April 14, 1865, as the American Civil War was drawing to a close. The assassination occurred five days after the commander of the Confederate Army of Northern Virginia, General Robert E. Lee, surrendered to Lieutenant General Ulysses S. Grant and the Union Army of the Potomac. Lincoln was the first American president to be assassinated, though an unsuccessful attempt had been made on Andrew Jackson 30 years before in 1835. The assassination was planned and carried out by the well-known stage actor John Wilkes Booth, as part of a larger conspiracy in a bid to revive the Confederate cause. 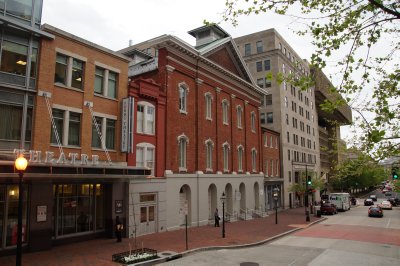 Georgetown is a fascinating place as it is the oldest section of Washington. 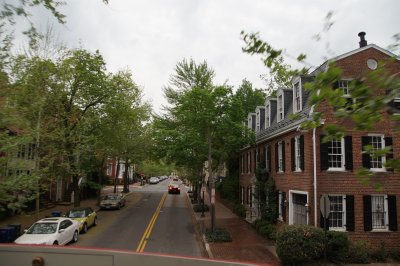 We visited The White House....well sort of...given you cannot take a tour or get close to it. 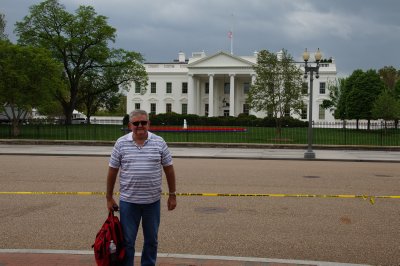 Along the way today we saw the Mayflower hotel which apparently was the daily luncheon place of choice of J Edgar hoover and his Deputy Floyd. 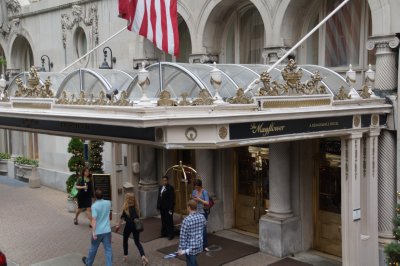 We are off for a second day of Big Bussing tomorrow. The day after we are off to Mt Vernon, birthplace and home of George Washington. On Monday we are taking a tor down to Gettysburg.