A beautiful day in the sun

Memorials, Madame Tussaud's and a cruise on the Potomac River

What a day!! It started with a clear blue sky and a very fresh cool wind. It settled down though we wished we had taken heavier coats with us today.

We caught the Red Loop Bus from Union Station (built in the 1920's at a cost of $125 million which is approx $3.2 billion in today's dollars).
First off was the newly opened Dr Martin Luther King Memorial. 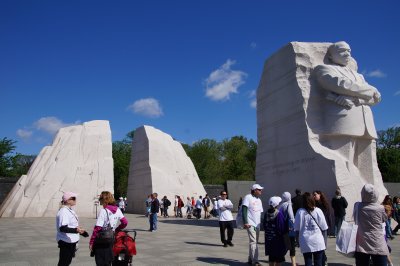 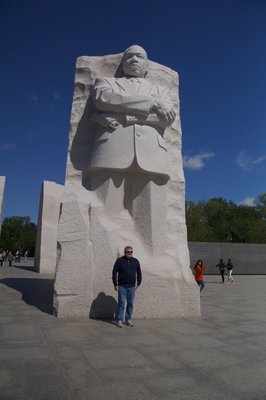 Pierre Charles L'Enfant designed Washington as a capital city. Brasilia in Brazil and Canberra in Australia are members of this very select group of cities designed from scratch as the capital. Street are numbers from north to south and letters from east to west with the city divided into quadrants with the centre being The Capitol.

Next we walked down through Constitution Park (part of The National Mall) to the National World War 11 Memorial. 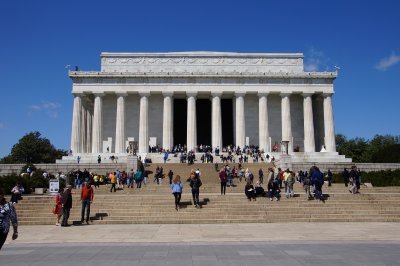 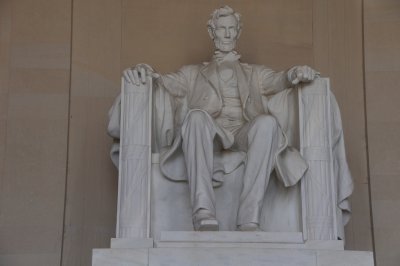 The next visit was to the National Vietnam War memorial. The design competition for this was won by a 21 year old female Chinese American university student. It is simply outstanding. There are 58 282 names on the wall in chronological order for when they were killed. 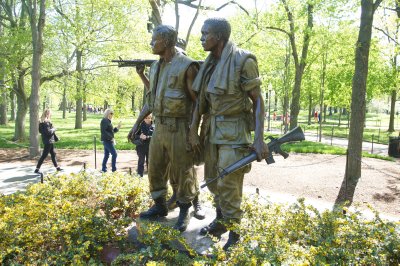 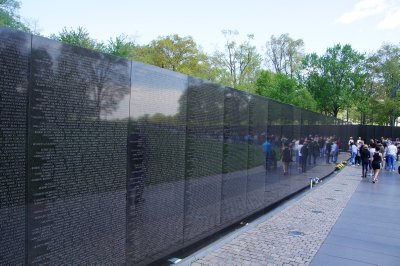 One boundary of The National Mall is Constitution Avenue. It started as a canal and after it proved uneconomic (and people dumped their rubbish into it) it was filled in and paved and became an 8 lane avenue. The original Loch Keepers Cottage built in 1831 still stands. 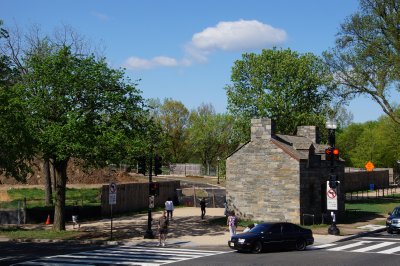 Further along the street is the South Lawn of The White House. 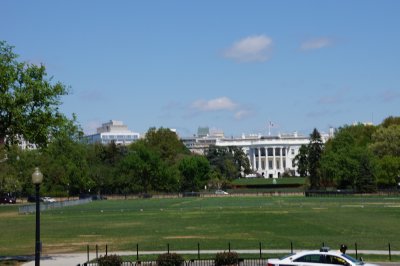 We caught another bus on a different loop and after a very delicious lunch at Le Pain Quotidienne we visited Madame Tussaud's Wax Museum which features all the Presidents of the USA. I met one whose views were certainly different to mine. 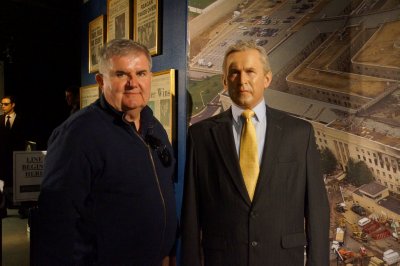 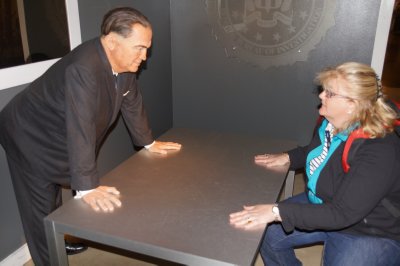 Just up the road from Madame Tussaud's is Ford's Theatre where President Abraham Lincoln was shot on 14 April 1865. He was taken to Peterson's house across the road and died in the early hours of 15 April. Late in the afternoon we went on a river cruise on the Potomac River. The steps in the foreground are named the Watergate Steps. Close by is another complex known as The Watergate. This became famous during the presidency of Richard Nixon. 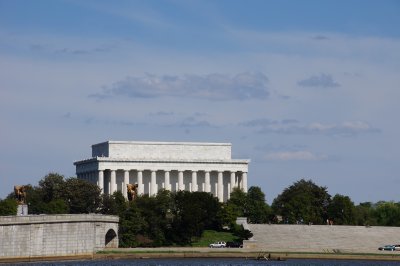 Lincoln Memorial from the Potomac River

Tomorrow, Mt Vernon, here we come. This is the ancestral home of George Washington.