Gettysburg - a turning point in the American Civil War

A long day today but a very interesting one. Starting with a two hour bus trip (80 miles or so) north east to Gettysburg. Our first stop was at Farnsworth House. 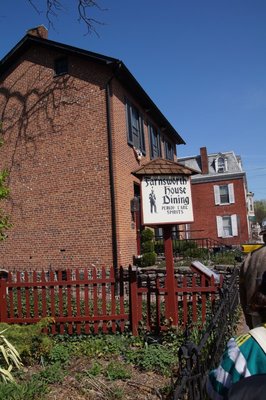 Farnsworth House was built in 1831 and named in honour of Brigadeer General Elon Farnsworth and was the scene of Confederate troops occupying the town and using the house for placing snipers in the attic window to pick off Union troops. After the walking tour of the typical army encampment, we had lunch at the Tavern. We shared fish and chips at a cost of $9.50 which was more than enought for both of us.

Here are some typical street scenes of Gettysburg which has remained largely unchanged due to the National Military Park restricting the growth of the town itself. 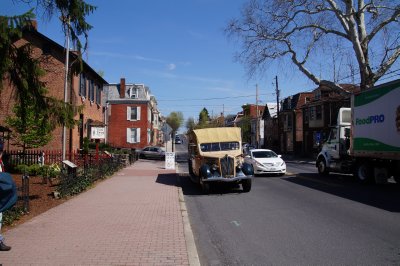 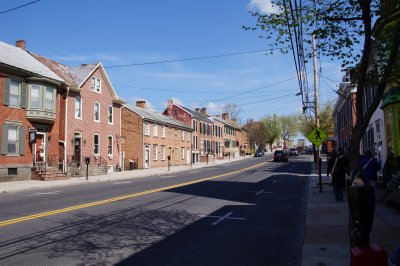 After this we visited the Gettysburg Visitors Centre, Cyclorma and Museum. The Cyclorma is made up of a circular painting longer than a football field and higher than a six story building by artist, Paul Philippoteaux in the late 1800s. This painting has been beautifully restored at a huge cost and now hangs in the $104m Visitors Centres which was opened five years ago. It seems as though you can reach out to the figures on the painting. 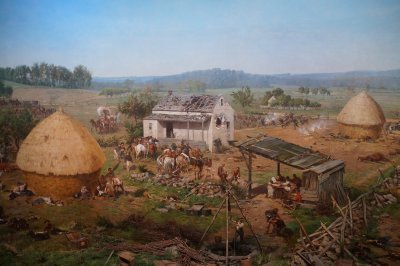 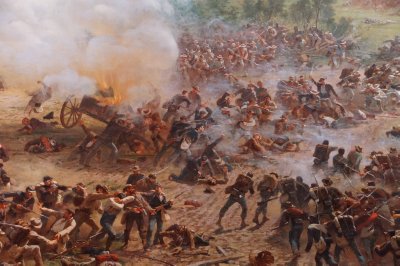 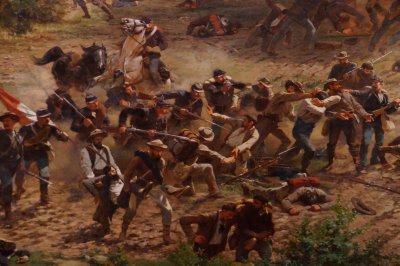 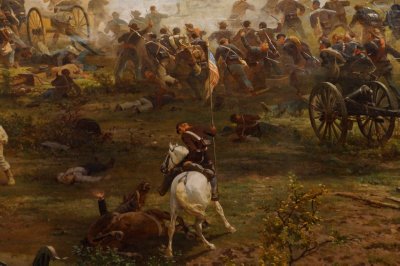 We then picked up a Battlefield Guide and toured the battlefields by coach. The battlefields form part of the National Military Park and are extremely well maintained and are marked with numerous state memmorials, bronze statutes, and markers of importance. Our guide, Gary is very knowledgeable about all things "civil war". The Gettysburg Battlefield occurred through happenstance. General Robert E Lee of the Confederate Army was looking for a place to consolidate his scattered troops and chose Gettysburg as it had ten roads leading in to it. Unbeknowanced to him, General Mead of the Union side was also doing the same thing. The Union Army's Colonel Buford's Cavalry suddenly came across the Confederate troops and opened fire. Neither General was prepared for the ensuing battle. As both Generals knew this would be a turning point in the war. Thus ensued a mighty battle, leaving 51,000 casualties over the three days of July 1,2 and 3. Of these 11,000 were killed. Interestingly in those days, townspeople who numbered 2,400 were left to bury the dead. Temporary hospitals catered for 30,000 soldiers. 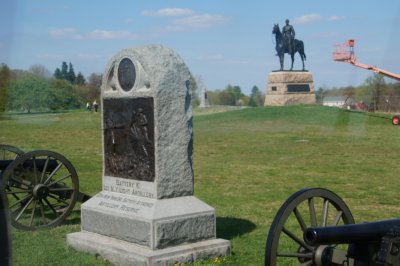 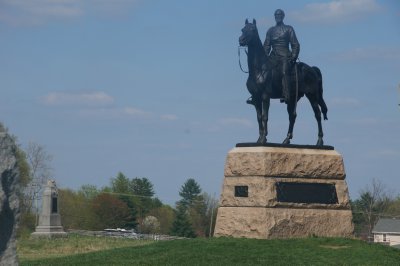 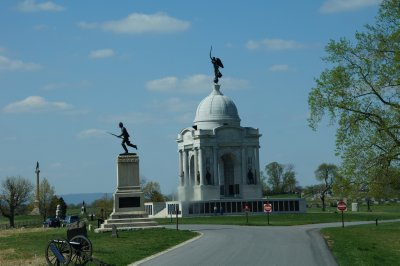 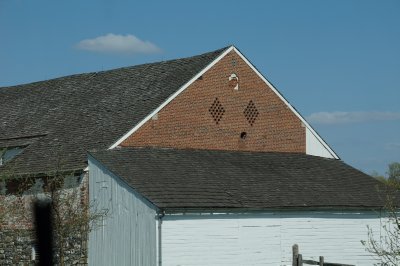 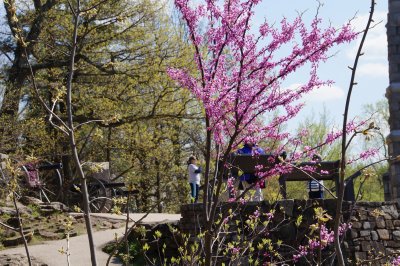 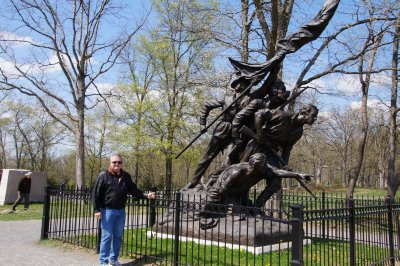 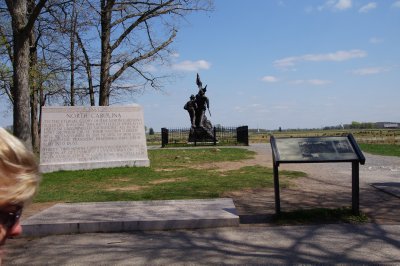 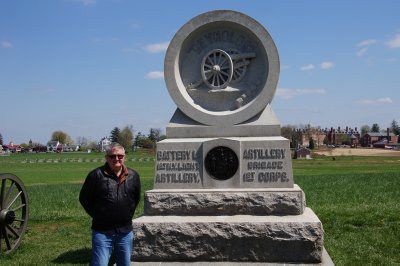 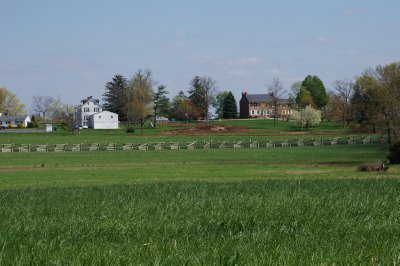 Alan, if you are reading this. The fences shown below are original fences. As the ground is too hard to dig the holes the fences are stacked like this. The guide said the cows are too silly to realise they can just knock them down. 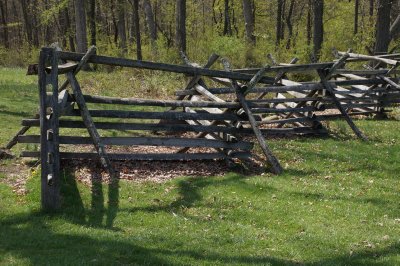 We arrived back after 6.00pm tonight and set off for the German Restaurant, Cafe Berlin for traditional German fare. Very tasty too, I might add.