The National Holocaust and The Museum of American History

Here are a few reflections from yesterday's Gettysburg visit.
Firstly, the sheer scale of the conflict. More than 51 000 casualties at Gettysburg but more than 720 000 casualties during the entire civil war is simply staggering. This is 6 million soldiers in proportion to today's population of the United States. Secondly, the fighting pit family members against family members. Flora Cooke was married to a Confederate General J E B Stewart and her father was Union General St George Cooke. Mary Bell's brother Major Bell was a surgeon in the Confederate Army when her husband was President Abraham Lincoln, President of the Union. Both Presidents at the time, President Abraham Lincoln of the Union and President Jefferson Davis of the Confederation were born in Kentucky one year and eighty miles apart.

Gettysburg, not surprisingly, was the setting for Abraham Lincoln's Gettysburg Address. This is arguably the most recognised speech in the world. It is only 272 words long and was delivered by Lincoln in 2 minutes and 15 seconds. It was delivered by Lincoln during the American Civil War, on the afternoon of Thursday, November 19, 1863, at the dedication of the Soldiers' National Cemetery in Gettysburg, Pennsylvania, four and a half months after the Union armies defeated those of the Confederacy at the Battle of Gettysburg. 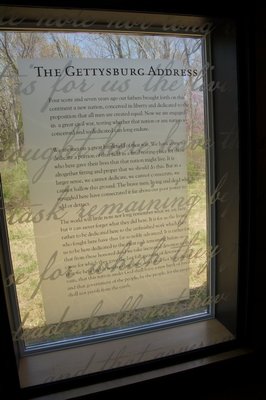 This morning we caught the subway to The United States Holocaust Memorial Museum (USHMM). 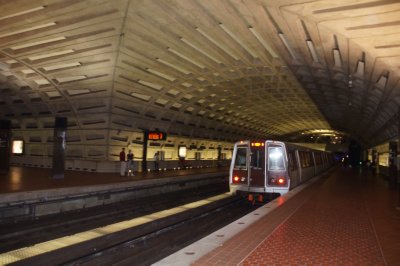 Metrorail, Washington DC - easy to use, fast, safe and cheap

This museum is the United States' official memorial to the Holocaust. Adjacent to the National Mall in Washington, D.C., the USHMM provides for the documentation, study, and interpretation of Holocaust history. It is dedicated to helping leaders and citizens of the world confront hatred, prevent genocide, promote human dignity, and strengthen democracy. 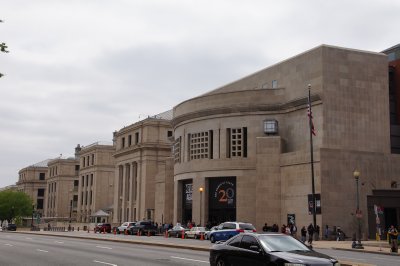 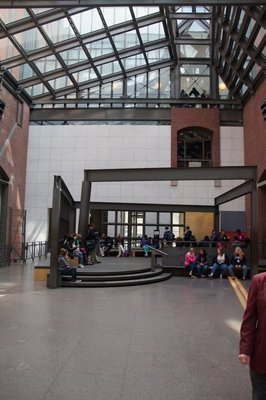 The National Holocaust Museum has four floors of excellent displays. We were rather surprised that there were many hundreds of people including students and the only sounds were the rustling of clothes and the soft footfalls of people walking. Many of the pictures are very confronting and raised questions about man's inhumanity to man. We spent three hours at the Museum and left feeling very humble and determined to ensure we play our part in making sure it never happens again. 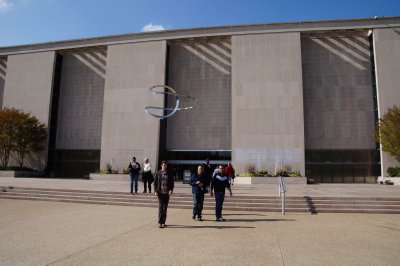 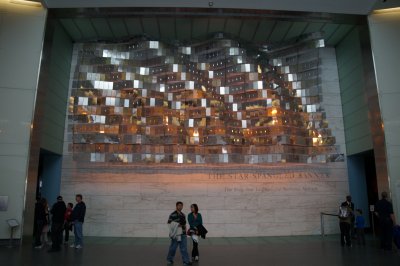 Here are some photos that show our individual preferences. 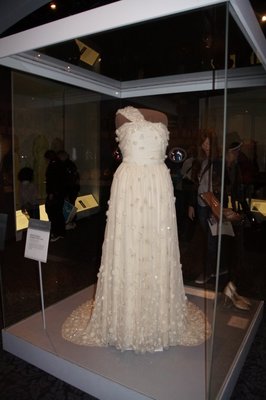 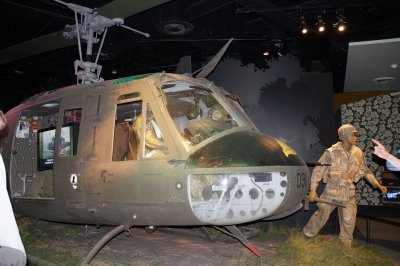 Colleen's interest in Michelle Obama's Inauguration Ball gown and David's of the American's war history. In the American War section was an area set aside for Medal of Honor recipients. We both were interested in Daniel K Inouye. 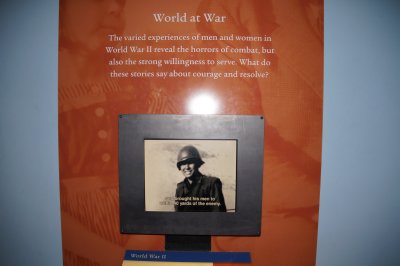 The most highly decorated unit of WW11 (and over all wars) is the 442nd infantry regiment formed in Hawaii of Japanese Americans. It was only in 1943 that they were allowed to fight for their country even though many of their families were interned.

They were not allowed on fight in the Pacific but were sent to North Africa, Italy, France and Germany.

The current serving Senator for Hawaii, Senator Daniel Inouye was a recipient of the Medal of Honour, Distinguished Service Cross, Purple Heart etc and I have put the link below. Very interesting. He is 88 years old and is the President Ex Tempore of the US Senate which makes him the same level as the Vice President of the United States. When you read of his actions in the WW2 you wonder how he is still alive rather than still working at 88.

Tonight we are off to the Mexican restaurant around the corner as this is David's preferred fare and it is his turn to make the choice tonight.