A not so slow train day

It is wonderful having a sleep in today. A leisurely breakfast and then the Regional Train to NY. The Regional Train has five stops, arrives 20 minutes after the Express and costs half as much.

We arrived at Pennsylvania Station, New York at 2.20 pm today (Wednesday, we are 21hours behind AEST). The journey took us through rolling Maryland countryside and some very large urban areas. The train snakes around Baltimore and Newark Airports. 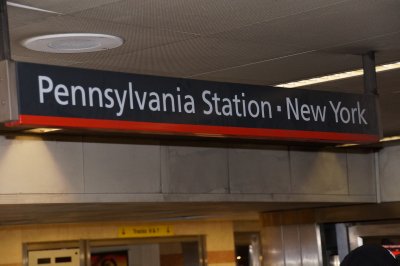 Our first impressions of New York are: people everywhere, yellow taxis as seen in the movies and a large range of cultures. 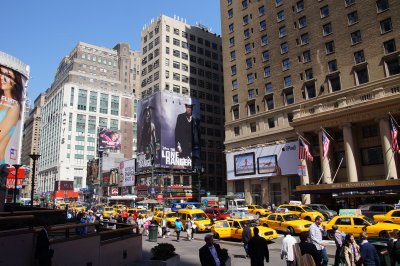 We took a taxi to our accommodation at The Candlewood Suites at Hell's Kitchen. 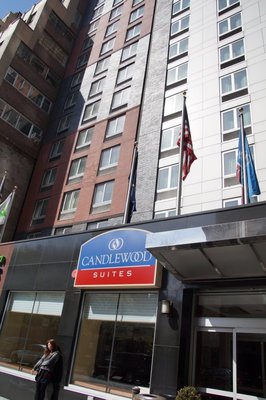 Home Sweet home for the next ten days - 29th floor

Hell's Kitchen, also known as Clinton and Midtown West, is a neighborhood of Manhattan in New York City between 34th Street and 59th Street, from Eighth Avenue to the Hudson River. The area provides transportation, hospital and warehouse infrastructure support to the Midtown Manhattan business district. Its gritty reputation kept real estate prices below those of most other areas of Manhattan until the early 1990s; rents have increased dramatically since and are currently above the Manhattan average.

Once a bastion of poor and working-class Irish Americans, Hell's Kitchen's proximity to Midtown has changed it over the last three decades of the 20th century and into the new millennium. The 1969 edition of the City Planning Commission's Plan for New York City reported that development pressures related to its Midtown location were driving people of modest means from the area. Today, the area is gentrifying.

The rough-and-tumble days on the West Side figure prominently in Damon Runyon's stories and the childhood home of Marvel Comics' Daredevil. Being near to both Broadway theatres and Actors Studio training school the area has long been a home to actors learning and practicing their craft.

We set off to explore our new neighbourhood. Noting that there was an Irish Pub two doors down with a sign outside saying, "Guiness and oysters -$15".

Times Square is a five minute walk away from our accommodation. Here are a few scenes in this area. 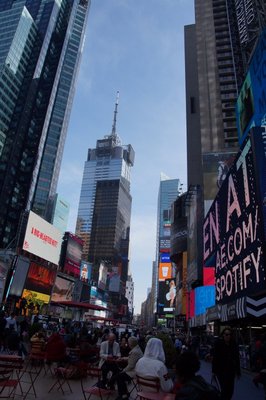 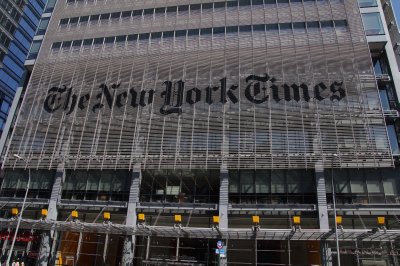 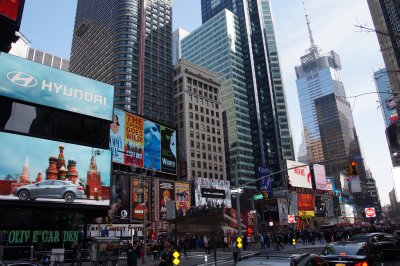 There is Father Francis Duffy Square right in Times Square (Times Square isn't a square as it has a triangular shape and refers to the area.). I thought it was rather unusual to name the Square after a cleric who had a whole swag of military awards including Distinguished Service Medal, Croix De Guerre, Prix D'Honneur etc etc. 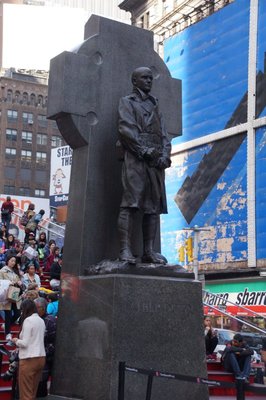 Francis Patrick Duffy (May 2, 1871 - June 27, 1932) was a Canadian American soldier, Roman Catholic priest and military chaplain.
Duffy served as chaplain for the 69th Infantry Regiment (known as the "Fighting 69th"), a unit of the New York Army National Guard from New York City whose soldiers were largely drawn from the city's Irish-American and immigrant population. He served in the Spanish-American War (1898), but it is his service on the Western Front in France during World War I (1917-1918) for which he is best known. Duffy, who typically was involved in combat and accompanied litter bearers into the thick of battle to recover wounded soldiers, became the most highly decorated cleric in the history of the United States Army.
Duffy Square—the northern half of New York City's Times Square between 45th and 47th Streets—was named in his honour.

Tomorrow, we are off on the subway to travel to Ground Zero Museum Workshop.