Downtown - Exploring the sights of this vibrant city

While wandering around Greenwich Village yesterday, I noticed a plaque on a wall of an old house. It marked the house where Thomas Paine died in 1809.Thomas Paine was an influential 18th-century writer of essays and pamphlets. Among them were "The Age of Reason," regarding the place of religion in society; "Rights of Man," a piece defending the French Revolution; and "Common Sense," which was published during the American Revolution. "Common Sense," Paine's most influential piece, brought his ideas to a vast audience, swaying (the otherwise undecided) public opinion to the view that independence from the British was a necessity. 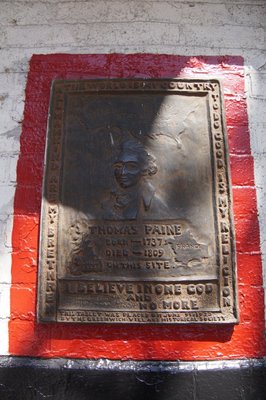 This morning we set off on a Hop On Hop Off Bus-$59 each for 4 days over four routes.

You get to see some quite strange street signs from a bus. 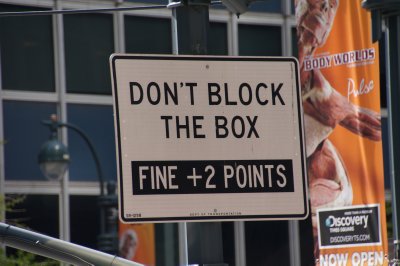 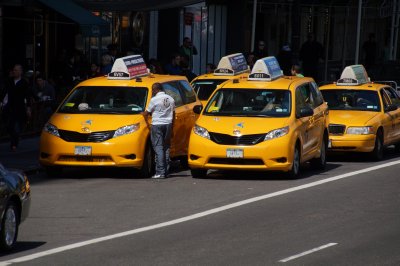 This gentleman from China found the sun a little too much for him. 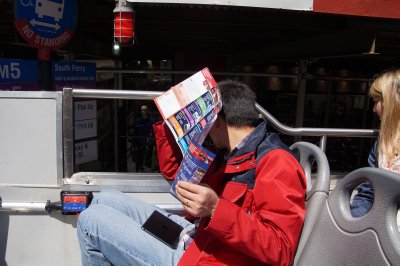 Here are some street scenes and famous names of shops we saw along the way. 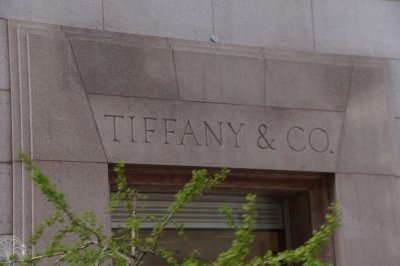 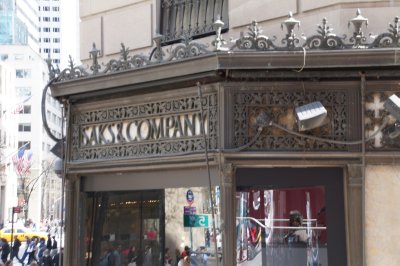 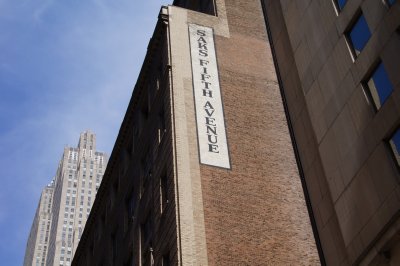 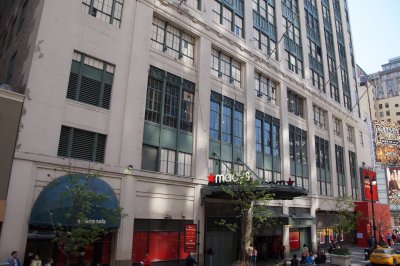 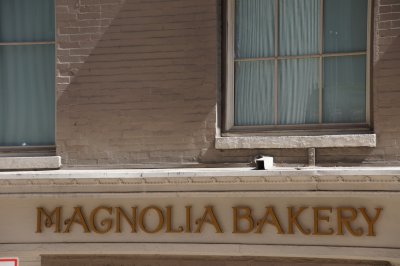 Magnolia Bakery - features in Sex in the City

Central Park seems to be extremely well patronised. Central Park is a public park at the center of Manhattan in New York City. The park initially opened in 1857, on 778 acres (315 ha) of city-owned land (it is 843 acres today). In 1858, Frederick Law Olmsted and Calvert Vaux won a design competition to improve and expand the park with a plan they entitled the Greensward Plan. Construction began the same year, continued during the American Civil War, and was completed in 1873. Central Park is the most visited urban park in the United States.

Horse and carriage is one way to travel around the park. 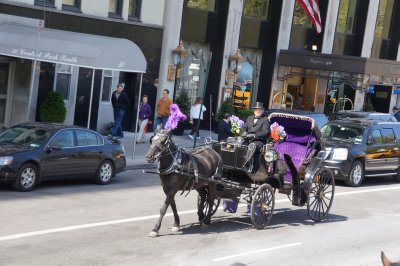 Horse and Carriage near Central Park 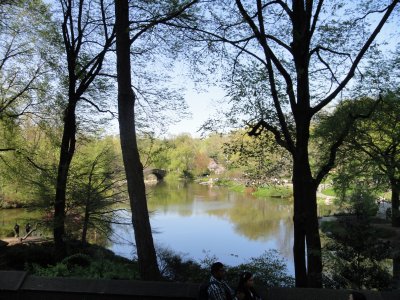 Other interesting sights apart from very tall (okay, we'll include) skyscrapers are places like the oldest park in New York, Bowling Green Park. 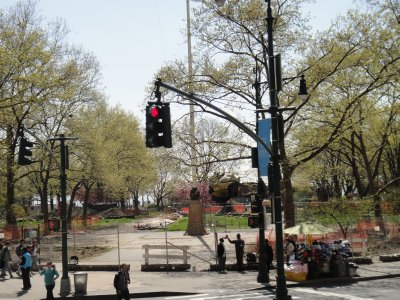 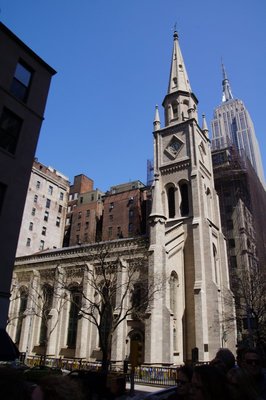 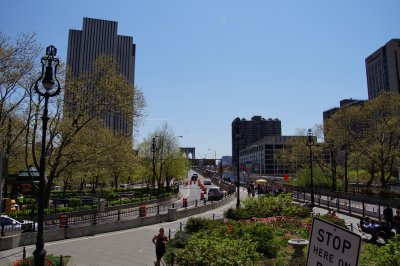 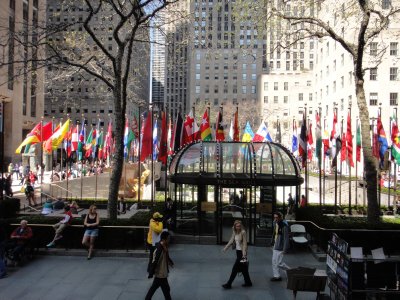 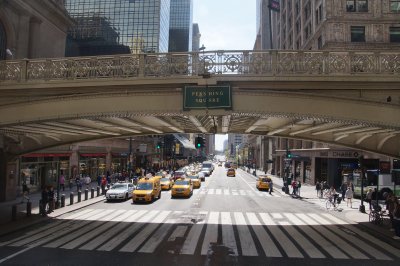 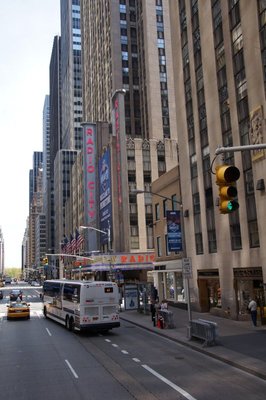 We returned to St Paul's, the church where George Washington worshipped, including on the day of his Inauguration in 1783. The Church sits adjacent to the site of the Twin Towers. In 2001, it escaped damage from the falling buildings and was used by the 3 000 recovery workers as a place to R&R briefly before their return to their tasks. 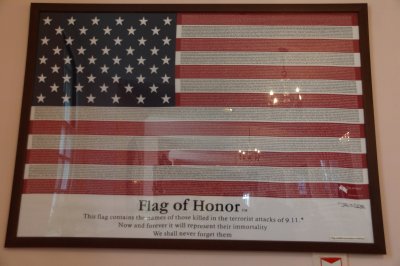 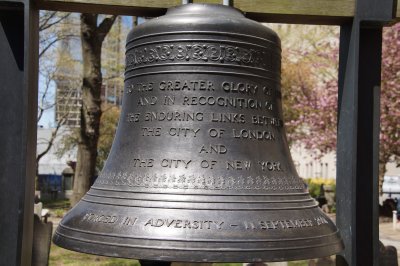 Just in case you missed the Empire State Building before (it was the larger building in the background) here it is again. 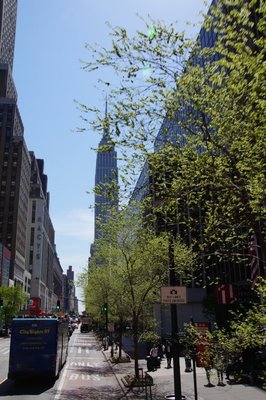 Another building that I found fascinating is known as The Flat Iron Building as it resembles an old fashioned iron. 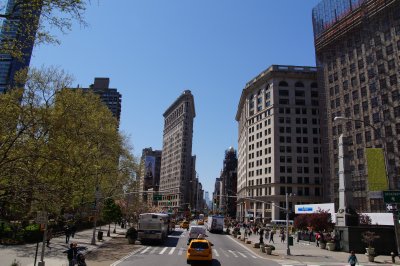 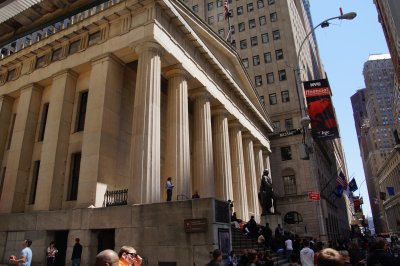 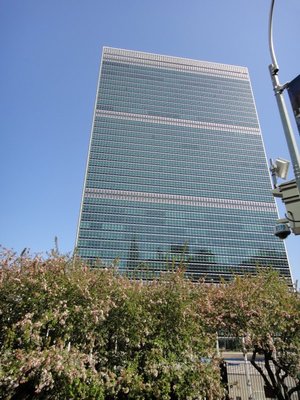 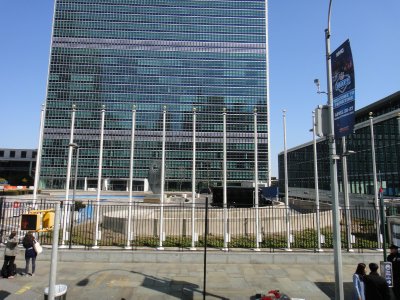 We saw the Waldorf Astoria Hotel. It was difficult to get a good photo as it was hidden behind fencing while there is some renovation in place. The hotel was built there when two individual hotels The Waldorf and The Astoria were removed from their former sites to make way for the building of the Empire State Building. 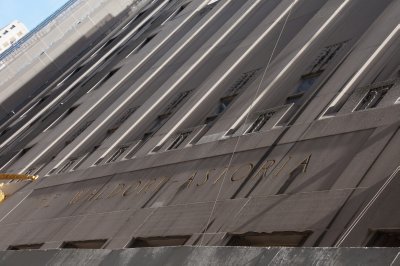 The Waldorf Astoria accommodates the President when he visits New York. Apparently the floor the President stays on is fully booked by the government as well as the floor above and the floor below.

Tomorrow, we are off to a tour of Uptown and The Bronx.