DAY 9 City Tour and off to Broadway

Today we set off with our tour group on a tour of NewYork.

Although we saw many of the same places we have over the last few days, it was a whole new perspective with our tour guide Mark. We stopped at the Rockefeller Centre which is a collection of 22 buildings. The Channel Garden leads into the plaza which is a cafe in summer and a skating rink in winter. 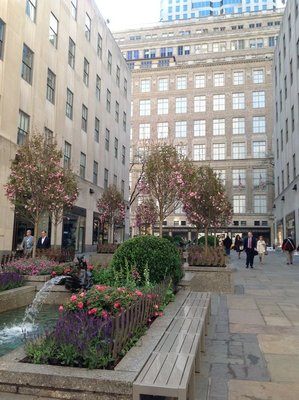 Channel Garden in the Rockefeller Center 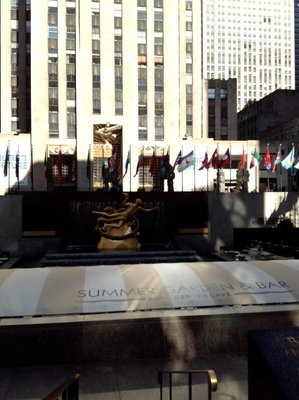 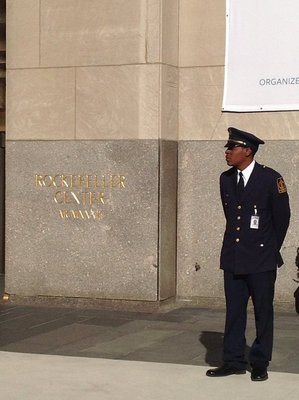 The next stop was the Flat Iron building built in 1902 and at 21 stories was the tallest building in New York for some time. We also had great views of the Empire State Building from here. 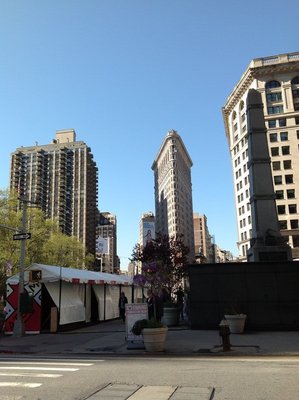 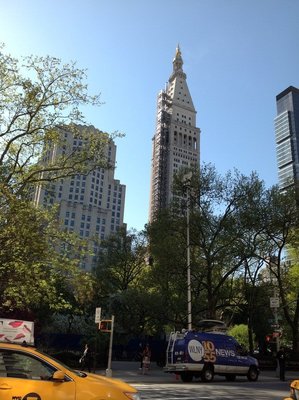 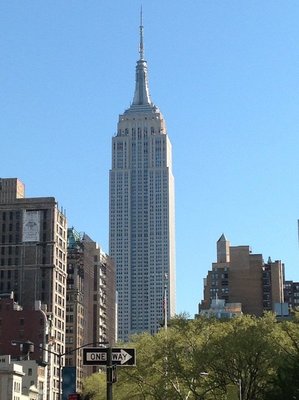 As Manhattan is composed of very hard rock, the foundations for these skyscrapers don't need to be very deep. The Empire State Building has foundations that go down 50 feet (Sorry, I think in imperial not metric over here.) Also because of the hard rock, the subway is quite shallow. Most of it was built using the "cut and cover" method and they follow the streets underground.

After travelling through Grenwich Village and Soho we arrived at the Financial District to see Ground Zero. It is a surprise to most people that seven buildings of the World Trade Centre were destroyed on September 11 including the twin tours. Four of the new buildings are half the height of the twin towers and the new One World Trade Centre at a height of 1776 is more than 400 feet taller. 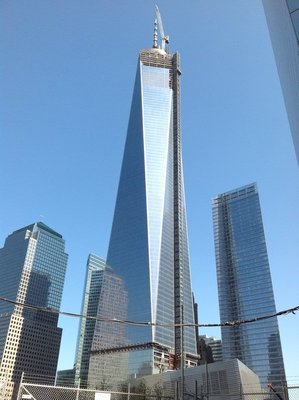 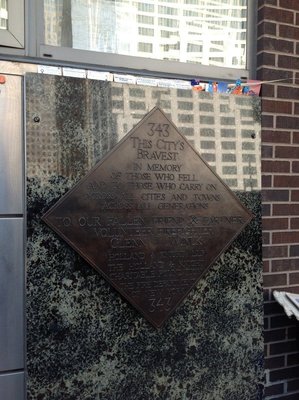 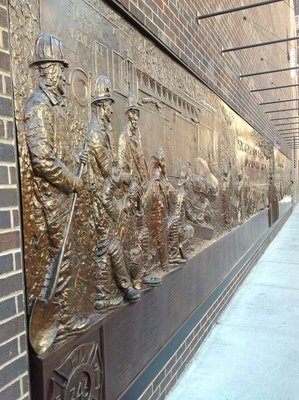 Tonight we went to a Broadway show - The Book of Mormon. Here is a review after opening night by The Washington Post.

Along with Robert Lopez, one of the uproarious brains behind “Avenue Q,” Matt Stone and Trey Parker have devised “The Book of Mormon,” the pricelessly entertaining act of musical-comedy subversion that opened Thursday night at the Eugene O’Neill Theatre.

The marvel of “The Book of Mormon” is that even as it profanes some serious articles of faith, its spirit is anything but mean. The ardently devout and comedically challenged are sure to disagree.

Among the evening’s delights are four performances that intensify the delirium and are surely minting the actors as embryonic stars. The suavely self-parodying Andrew Rannells, a sort of crooning version of Ryan Reynolds, plays the central role of Mormon missionary Elder Price; Josh Gad, a turbo-powered comic engine, portrays his outwardly offensive partner in flock-expansion, Elder Cunningham.

We rather enjoyed this offbeat, Mel Brookish show. 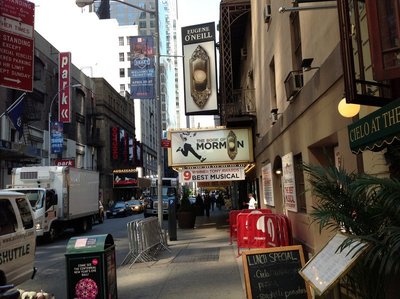 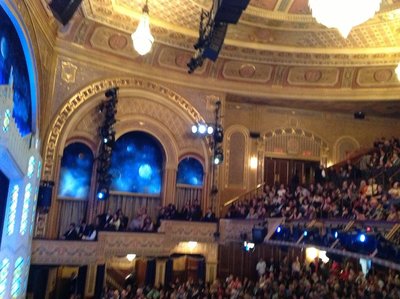 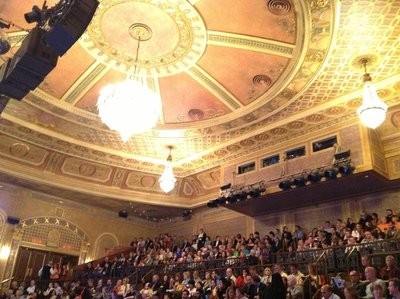