4 May Saturday-Overnight again in Washington DC

Another great day of revisiting the sights of DC

Last night we had Tapas in a restaurant in King Street, Old Alexandria, the Virginia side of the Potomac River in Washington DC.

This morning we set off on a coach tour of many of the sights we had visited independently. It really brings home different perspectives and no matter how many times you see them there is always something new to learn.

First of all we visited Arlington and the Kennedy Memorials. 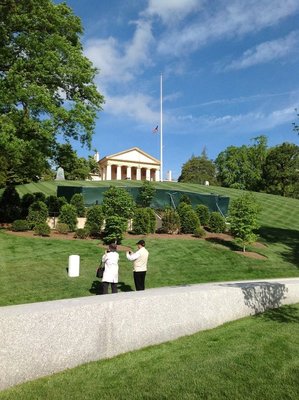 We visited the Iwo Jima Memorial, the Marine Corps Memorial. There is a famous photograph taken at the capture of Iwo Jima that has been used by a sculptor to capture the moment of raising the flag. Iwo Jima was the scene of the heaviest fighting for the Marine Corp. It was an island in WW2 measuring only 2 miles by 5 miles. The Marines lost 7 000 along with 20 000 Japanese soldiers. 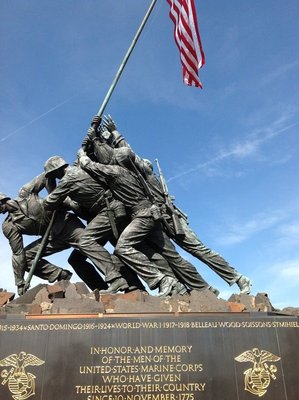 We headed for the southern end of the National Mall for the Lincoln Memorial. Firstly we visited the Korean War Memorial. I have found this the most creative memorial. 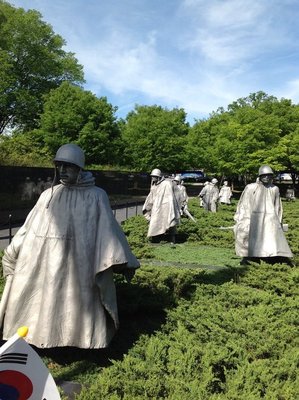 We then went on to the Lincoln Memorial. This time I actually went to the top where Lincoln's Statue sits. I cheated when I realised there was a elevator. Colleen, Julie and Philip walked up and down the many sets of stairs. 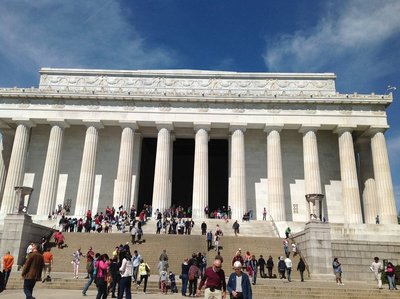 The Vietnam Memorial is hauntingly beautiful. There were workmen etching in four new names for this year. There are 58 282 names on the wall and then these additional four. They are still updating the honour roll which has names in order of death. Of the original 600 or so missing in action, they are able to change them as KIA as they are found every year. 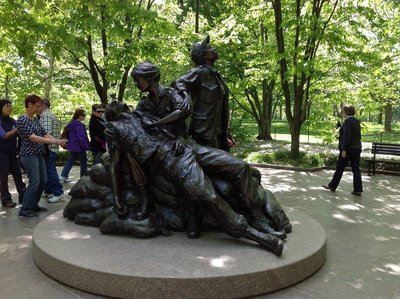 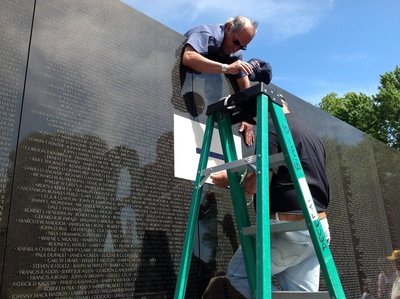 Next, we were able to get even closer to the White House. 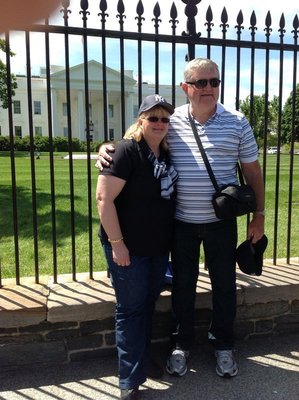 At The White House again!!! 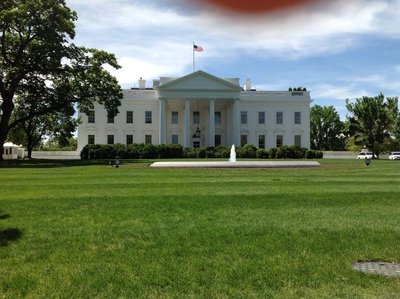 We visited The Capitol Building at the northern end of The National Mall. 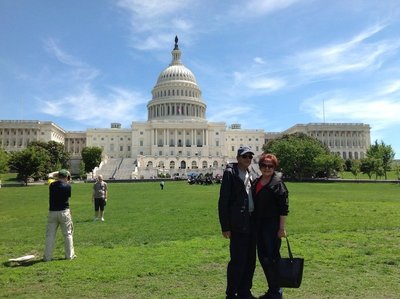 Julie and Philip (and us) at The Capitol Building

After lunch at a delightful Bakery Cafe near the Mall we went to The Old Post Office and went up (very slowly) in an old lift to see some of the magnificent sights of Washington DC. Here is a view of FBI HQ. 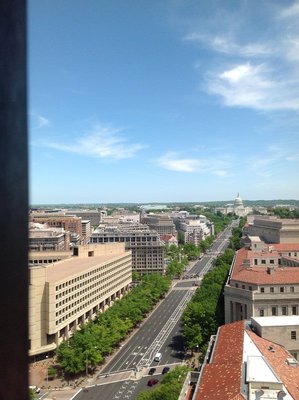 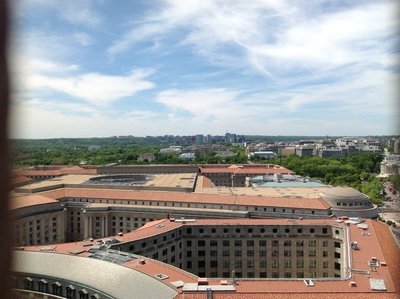 The picture above shows The White House in the background with the massive Ronald Reagan International Trade Centre in the foreground.