Last night we had dinner at the historic Irma Hotel, built by Buffalo Bill Cody in 1902. Buffalo Bill was a frontiersman, buffalo hunter, army scout, entrepreneur and showman.

We had a late start morning with us setting out at 8.45 am. We followed the Grand Loop Road to Artist Point with magnificent views of Yellowstone Canyon and the stupendous Lower Falls, nearly twice the height of Niagara Falls.

Yellowstone National Park was signed into law by President Ulysses S. Grant on March 1, 1872. Yellowstone, widely held to be the first national park in the world, is known for its wildlife and its many geothermal features, especially Old Faithful Geyser, one of the most popular features in the park. It has many types of ecosystems, but the subalpine forest is dominant.

Native Americans have lived in the Yellowstone region for at least 11,000 years. The region was bypassed during the Lewis and Clark Expedition in the early 19th century. Aside from visits by mountain men during the early-to-mid-19th century, organized exploration did not begin until the late 1860s.

The U.S. Army was commissioned to oversee the park just after its establishment. In 1917, administration of the park was transferred to the National Park Service, which had been created the previous year. Hundreds of structures have been built and are protected for their architectural and historical significance, and researchers have examined more than 1,000 archaeological sites.

Yellowstone National Park spans an area of 3,468.4 square miles (8,983 km2), comprising lakes, canyons, rivers and mountain ranges. Yellowstone Lake is one of the largest high-altitude lakes in North America and is centered over the Yellowstone Caldera, the largest supervolcano on the continent. The caldera is considered an active volcano. It has erupted with tremendous force several times in the last two million years. Half of the world's geothermal features are in Yellowstone, fueled by this ongoing volcanism. Lava flows and rocks from volcanic eruptions cover most of the land area of Yellowstone. The park is the centerpiece of the Greater Yellowstone Ecosystem, the largest remaining, nearly intact ecosystem in the Earth's northern hemisphere.

We entered through the east entrance. This road has only been open for the last week and a half. from here we climb to a height of 8 390 feet. 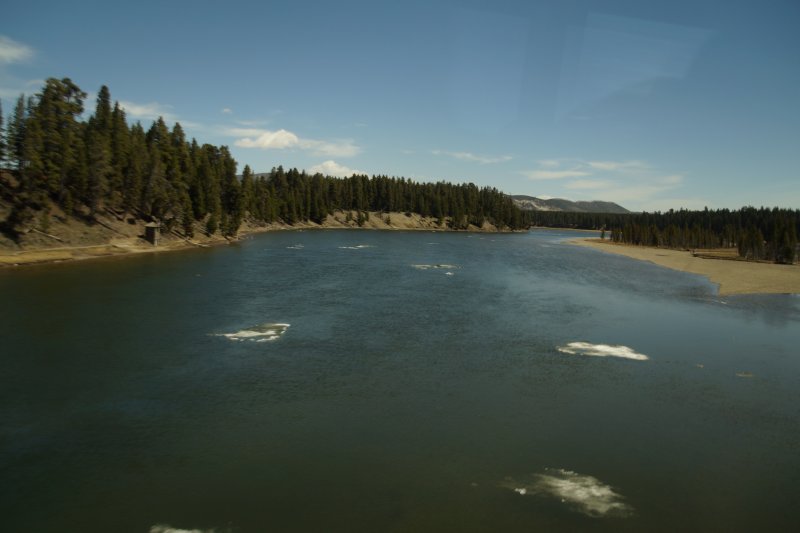 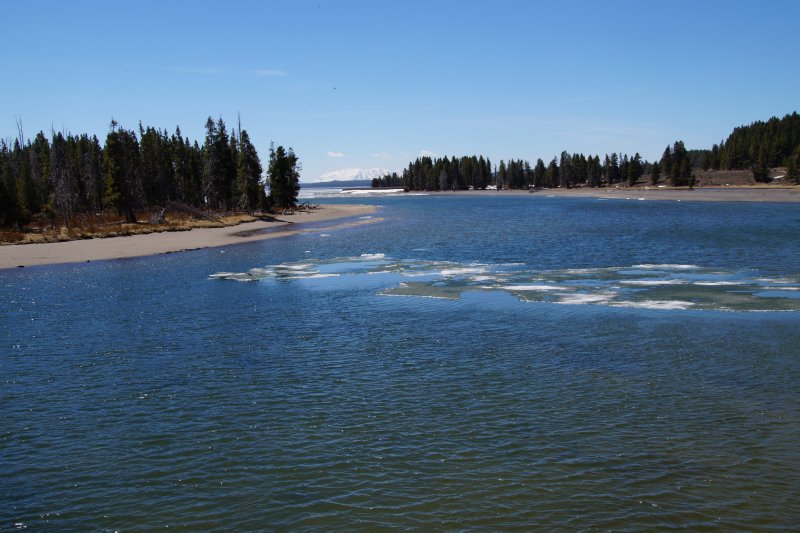 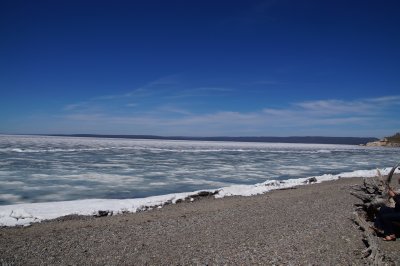 After lunch we travelled on to the Lower Geyser Basin. 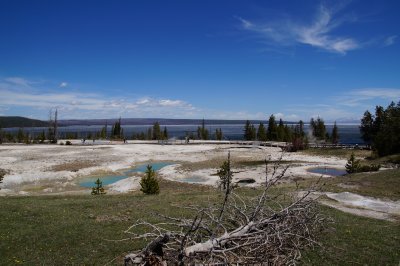 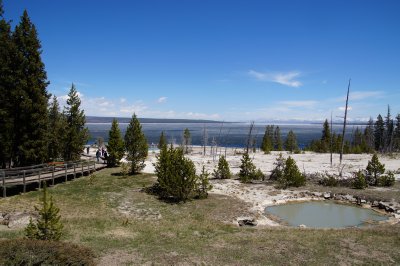 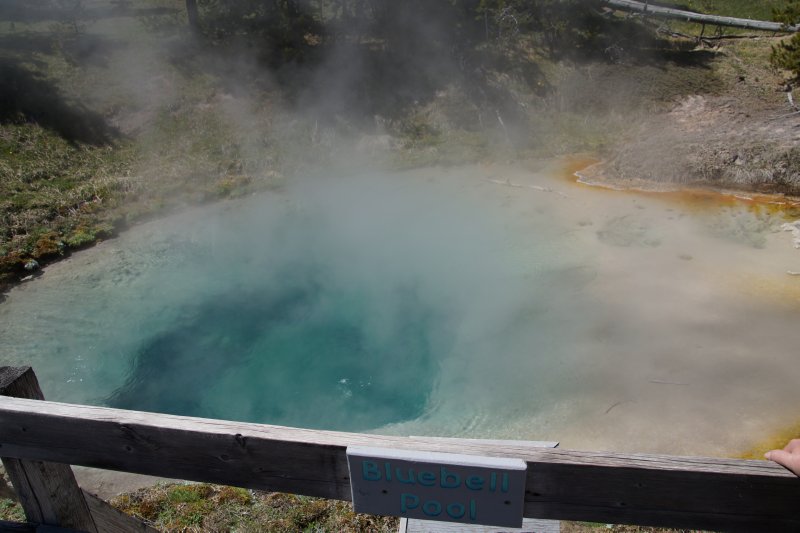 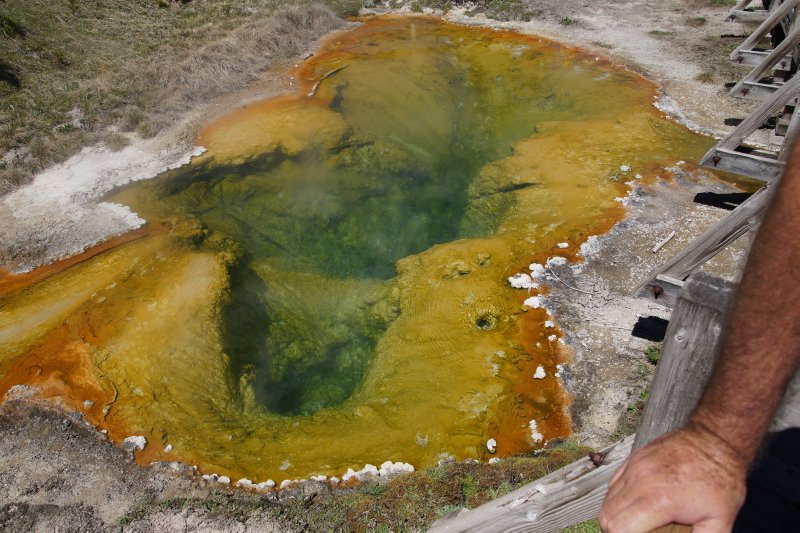 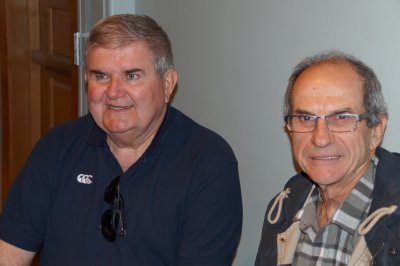 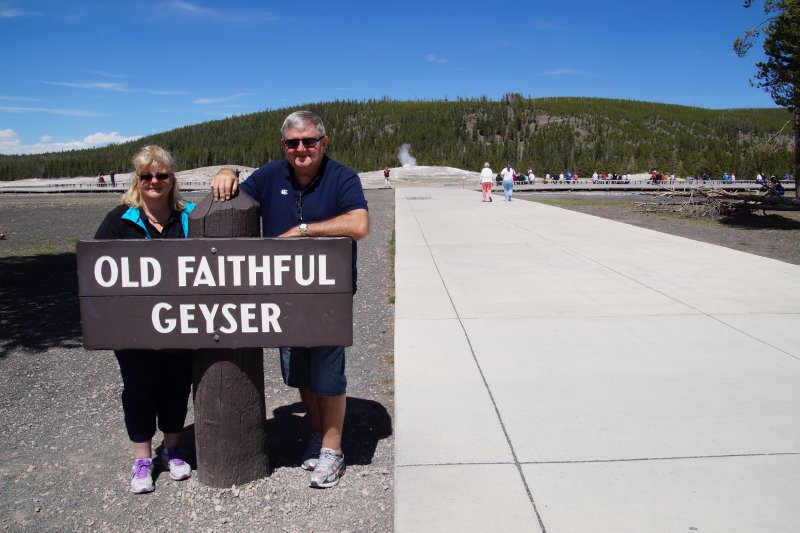 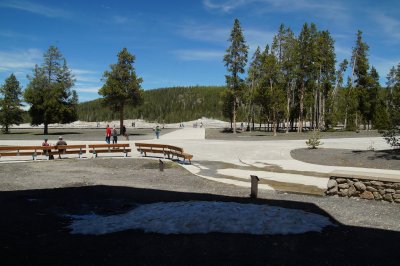 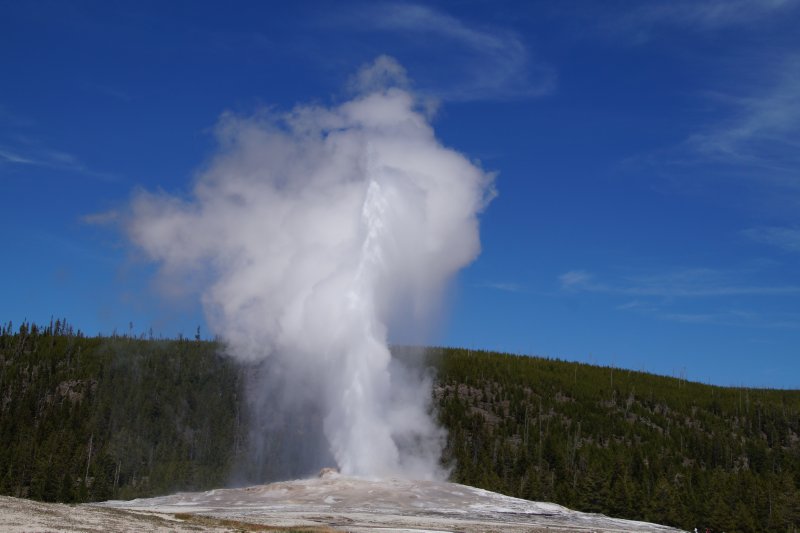 We stopped at the Upper Geyser Basin to see the four different types of geothermal activity. 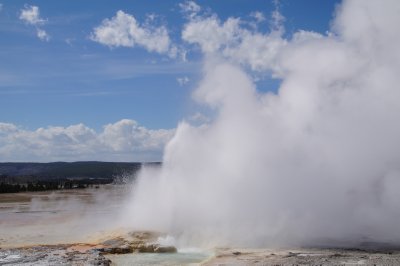 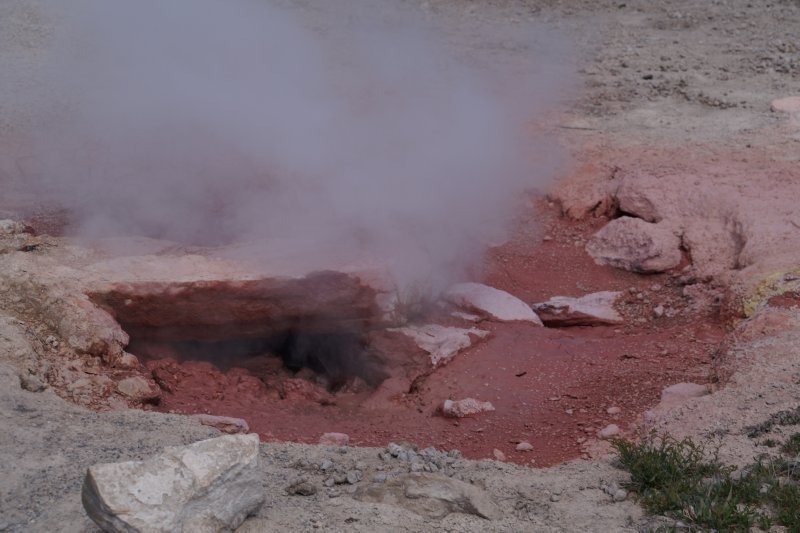 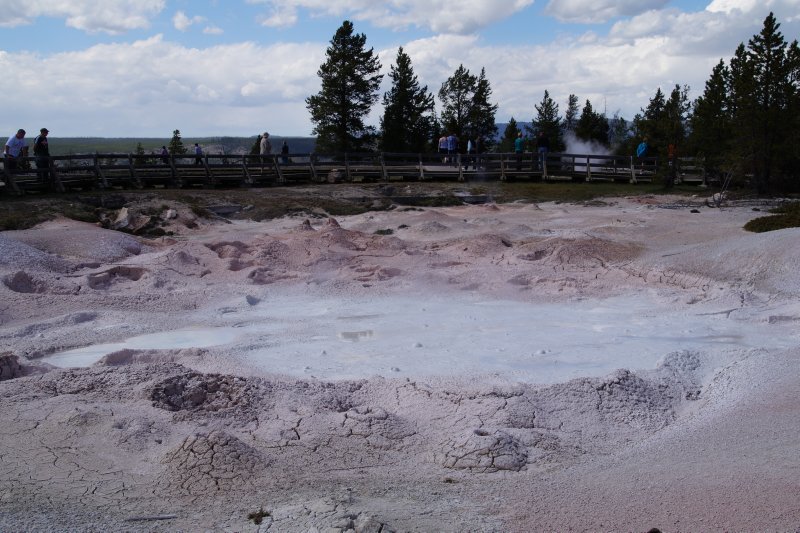 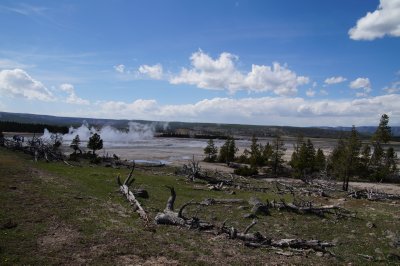 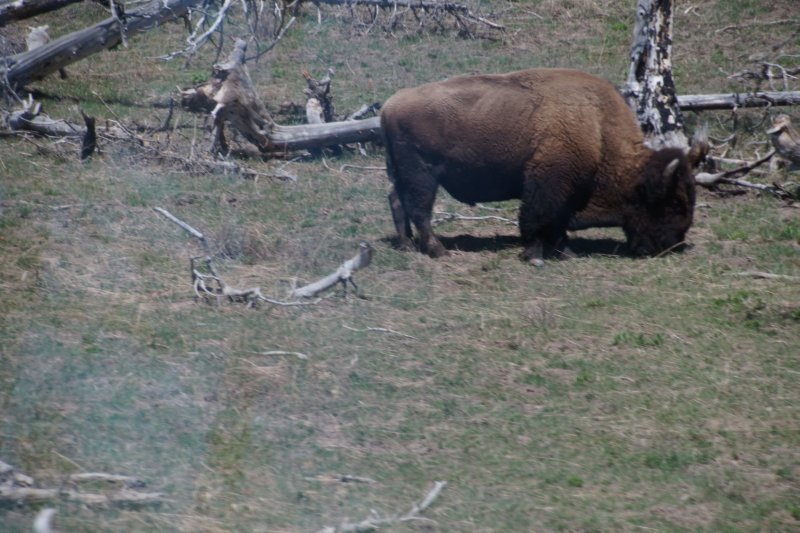