Today was another long day of travel with a drive of 570km.

We left Yellowstone National Park through the southern entrance and had one last look at this beautiful area. 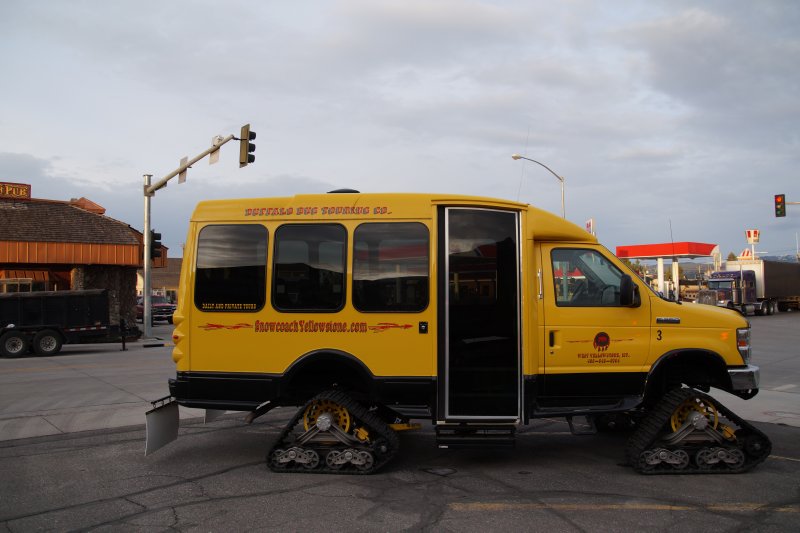 Snowmobile outside hotel in West Yellowstone 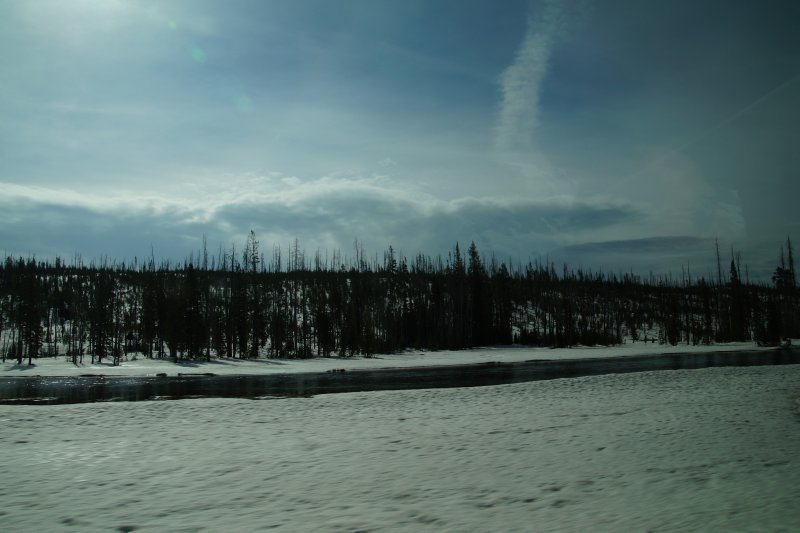 Further south we drove through the magnificent Grand Tetons with saw-toothed , 4110 metre high ridges (13500feet for the US) crested with snow most of the year.

Grand Teton National Park is a United States National Park in northwestern Wyoming. At approximately 310,000 acres (130,000 ha), the park includes the major peaks of the 40-mile-long (64 km) Teton Range as well as most of the northern sections of the valley known as Jackson Hole. It is only 10 miles (16 km) south of Yellowstone National Park, to which it is connected by the National Park Service-managed John D. Rockefeller, Jr. Memorial Parkway. Along with surrounding National Forests, these three protected areas constitute the almost 18,000,000-acre (7,300,000 ha) Greater Yellowstone Ecosystem, one of the largest intact mid-latitude temperate ecosystems in the world. 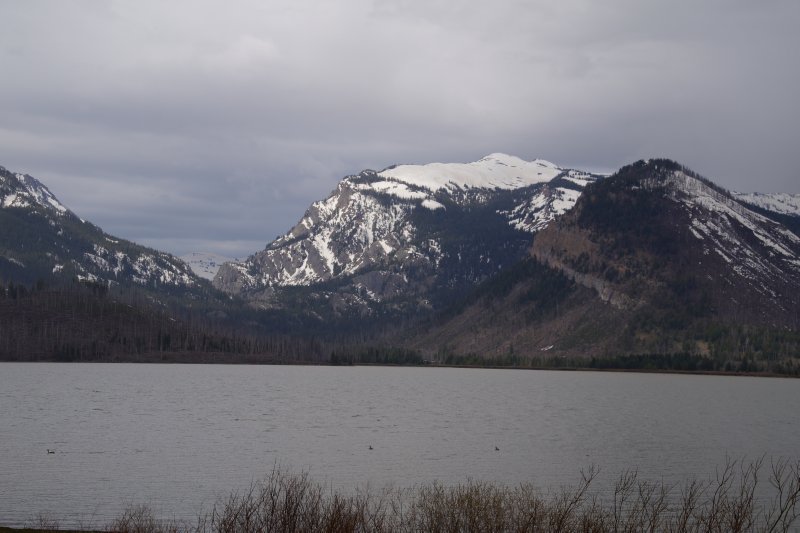 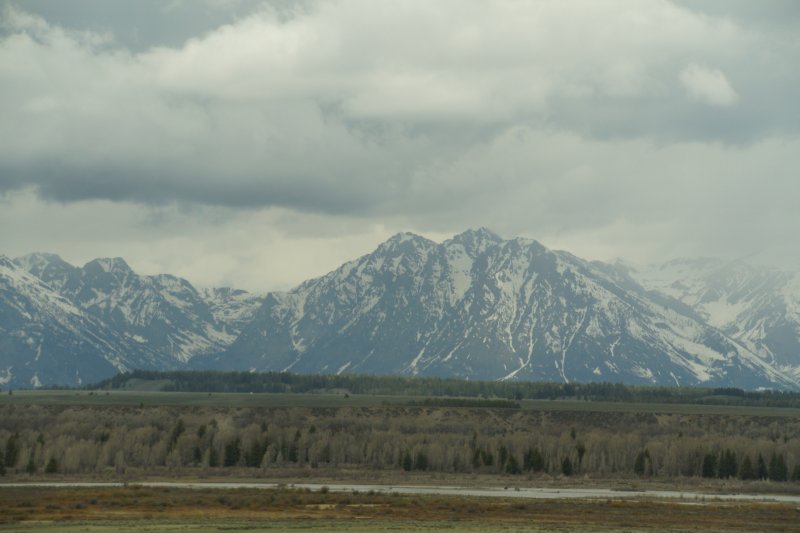 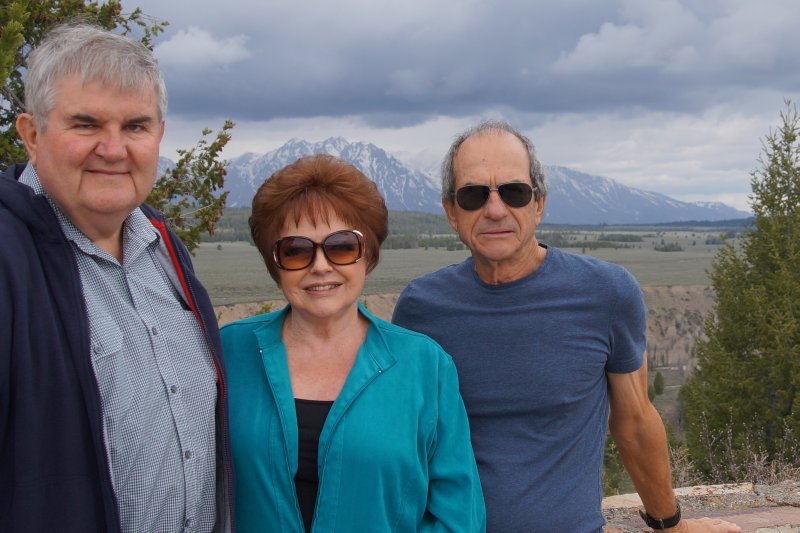 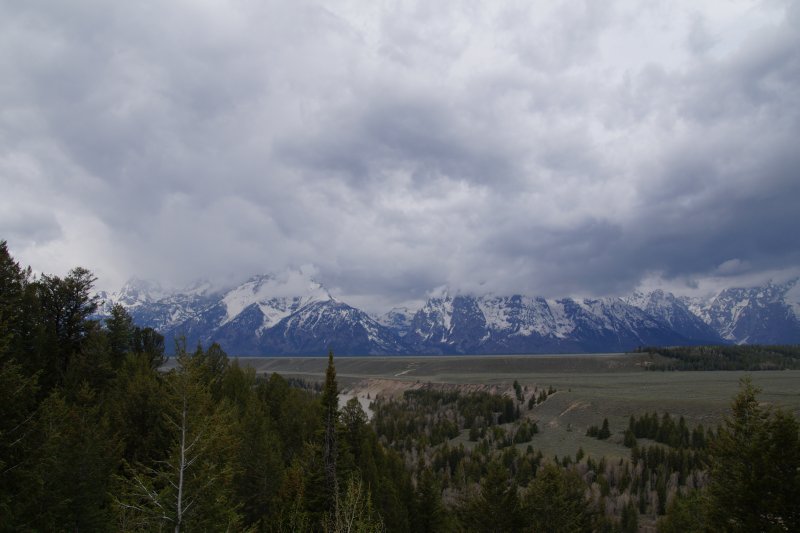 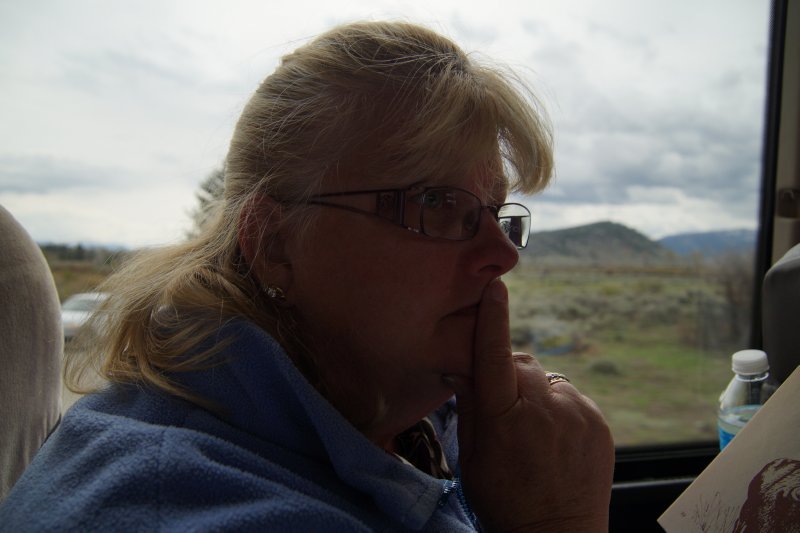 Colleen on the road at the Grand Tetons

We stopped at "Western" Jackson with its wooden sidewalks and swing-door saloon. Jackson is a major gateway for millions of tourists visiting nearby Grand Teton National Park, Yellowstone National Park, and the National Elk Refuge. Jackson is also in proximity to several ski resorts. On the southeast edge of town there is a relatively small but challenging ski-area known as Snow King, Jackson's original ski hill. It has steep vertical slopes and is night-lit. More famous is the Jackson Hole Mountain Resort, 12 miles (20 km) northwest. Opened in 1966, it has abundant steep terrain and has one of the highest vertical drops in North America, at 4,139 feet (1,262 m). Grand Targhee, is about an hour away, on the west side of the Teton Range in Alta. Opened in 1969, it is accessed through Idaho over Teton Pass.

Jackson is host to a number of world-class arts organizations, including the Congressionally-designated National Museum of Wildlife Art, the Grand Teton Music Festival, and the Center for the Arts. The large arches of shed elk antlers at the four entrances to the town square are popular attractions.

The town is often erroneously referred to as "Jackson Hole", the valley in which it is located.

A strong local economy, primarily due to tourism, has allowed Jackson to develop a large shopping and eating district, centered on the town square. 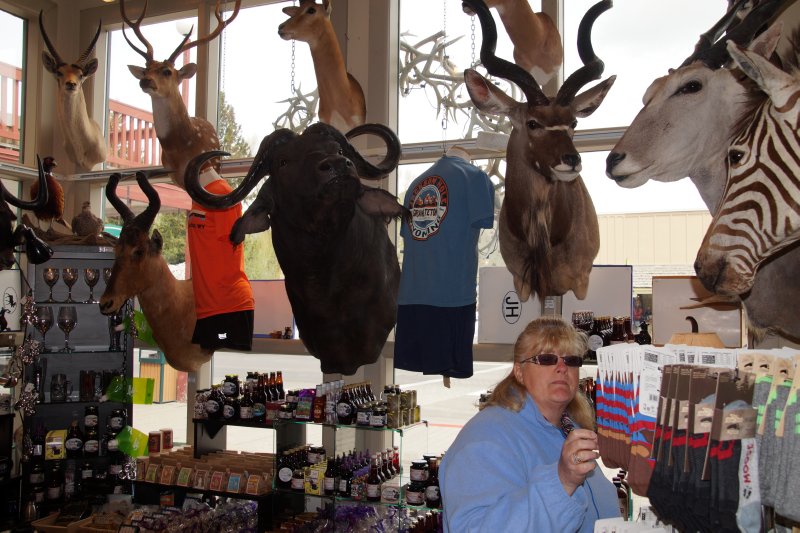 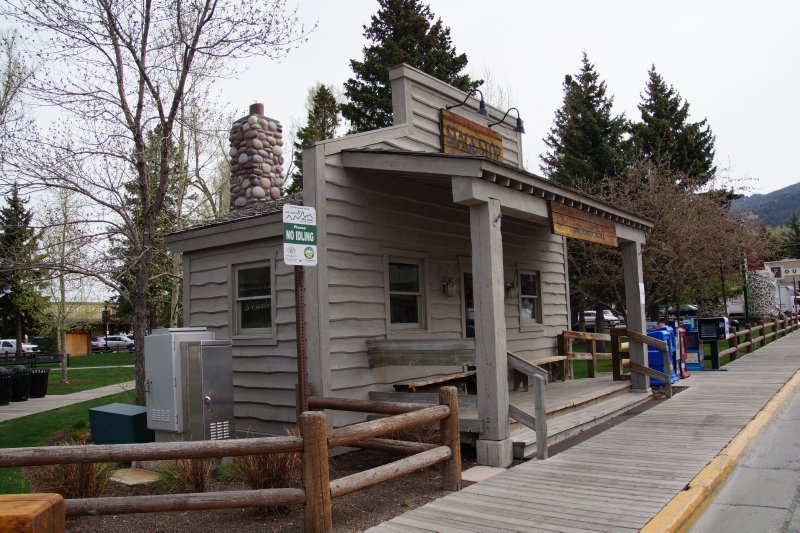 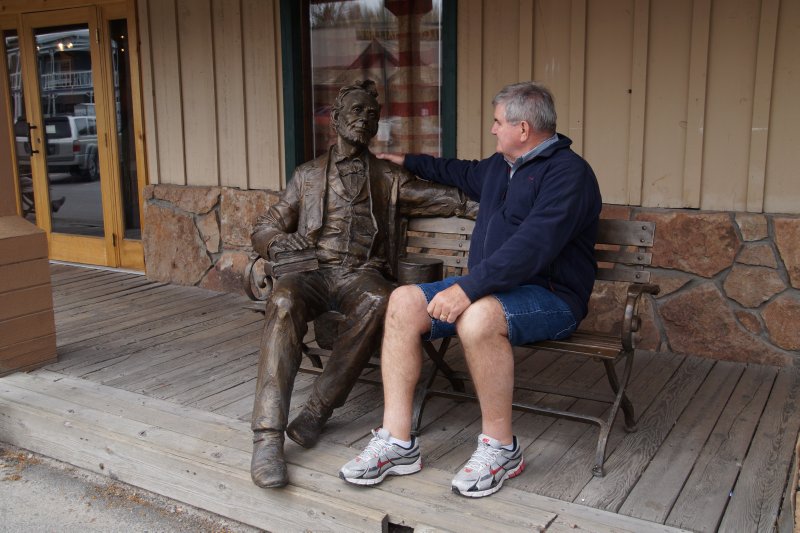 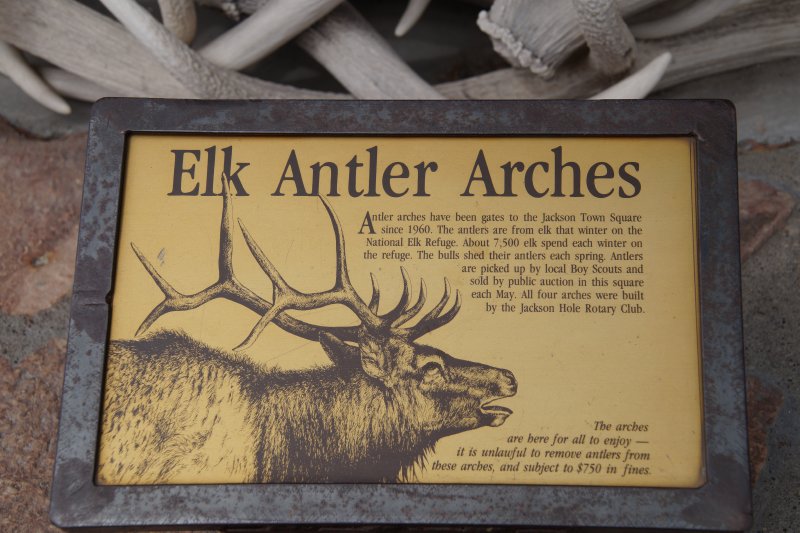 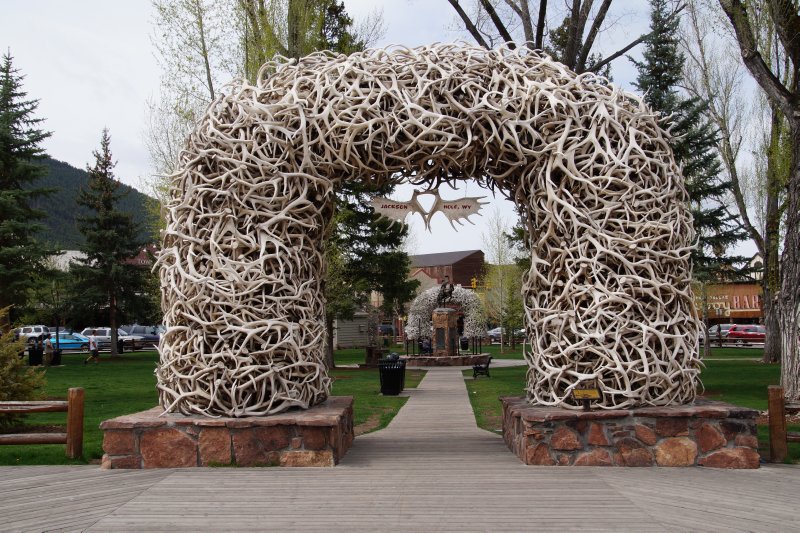 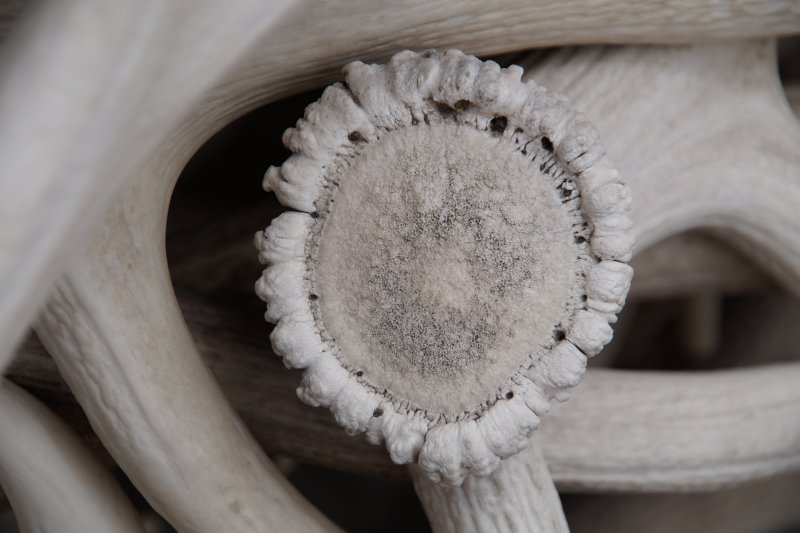 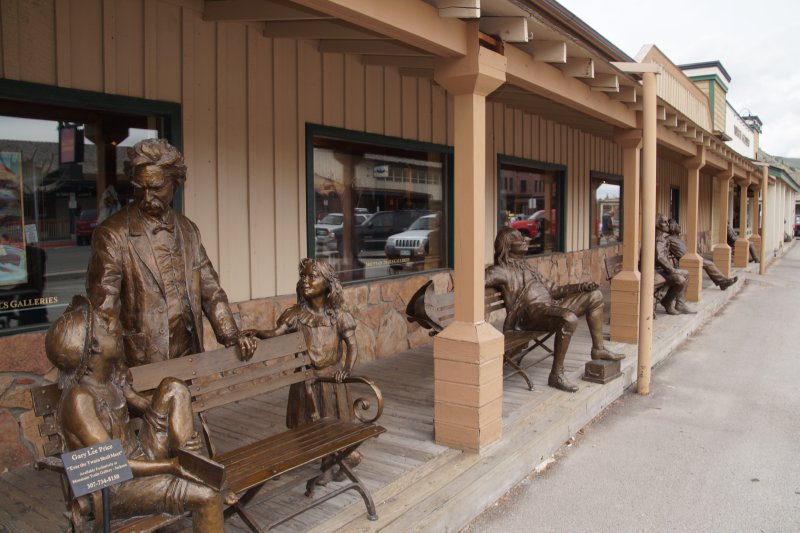 We arrived in Salt Lake City in the late afternoon. Magnificently set on the edge of a salt desert and near mountains, covered in forests and abundant with lakes, this is the centre of the Mormon religion. ( When we were in New York we went to the very irreverent musical, The Book of Mormon.