27 May, Day 5 ROCKY MOUNTAINEER TO KAMLOOPS

Today It's Memorial Day, a public holiday in the United States and Canada. Memorial Day is a United States federal holiday which occurs every year on the final Monday of May. Memorial Day is a day of remembering the men and women who died while serving in the United States Armed Forces.Formerly known as Decoration Day, it originated after the American Civil War to commemorate the Union and Confederate soldiers who died in the Civil War. By the 20th century, Memorial Day had been extended to honor all Americans who have died while in the military service. It typically marks the start of the summer vacation season, while Labor Day marks its end.

Many people visit cemeteries and memorials, particularly to honor those who have died in military service. Many volunteers place an American flag on each grave in national cemeteries.

This morning we were taken to the station to catch the Rocky Mountaineer. The train has its own station. 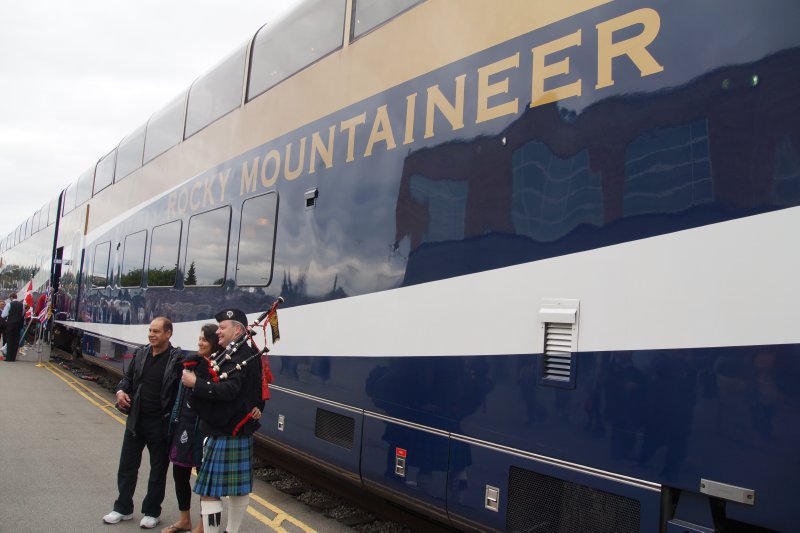 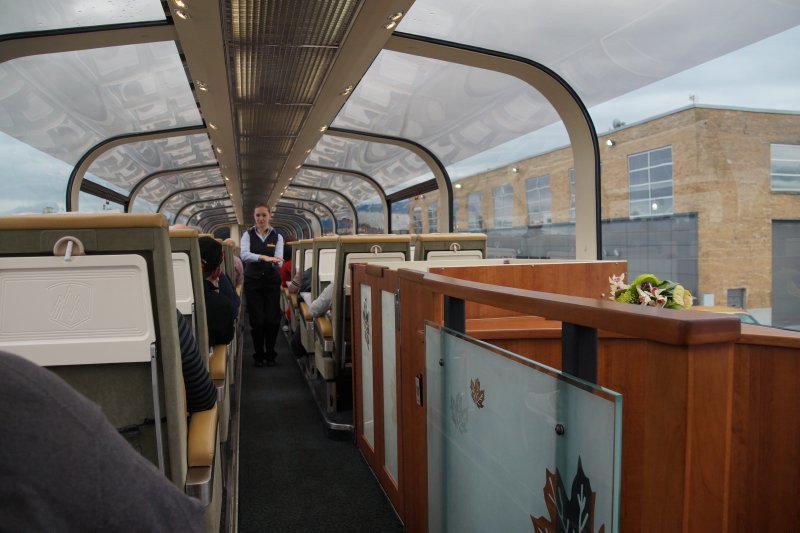 We had booked GoldLeaf Service. Their brochure said: " Our custom-designed, bi-level, glass-domed GoldLeaf coach puts you right in the middle of the awe-inspiring scenery of the Canadian Rockies. Take in the dazzling vistas upstairs, and enjoy delicious meals downstairs. From the attentive service provided by your Rocky Mountaineer Hosts, to the gourmet meals prepared from regional cuisine by our award-winning chefs. GoldLeaf Service is quite simply, as good as it gets." And it lived up to its boast!

The scenery matched the menus and the attention of the staff.

We rolled through quite different scenery staring with the green flats of the Fraser Valley through Hell's Gate, the aridity of Avalanche Alley through to the clear waters of the Thompson River. 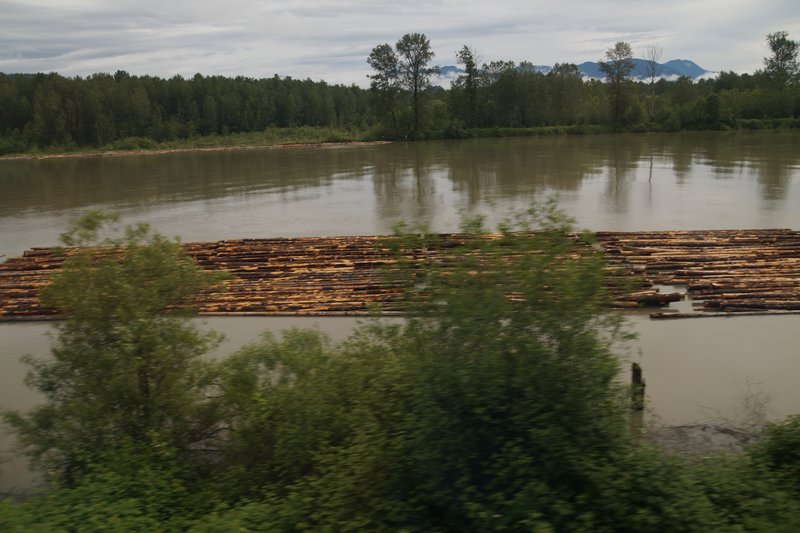 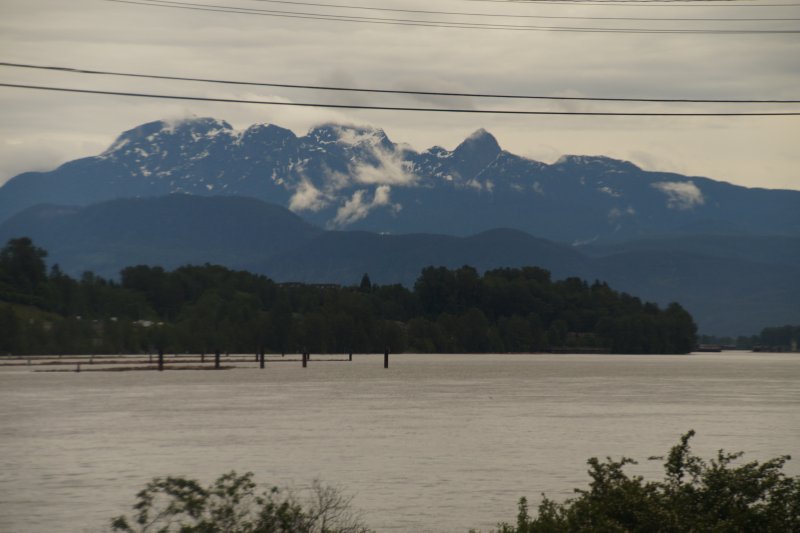 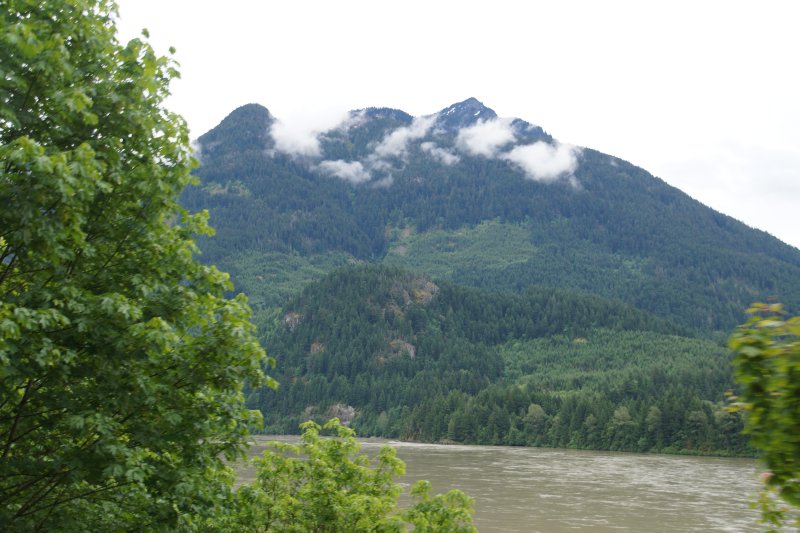 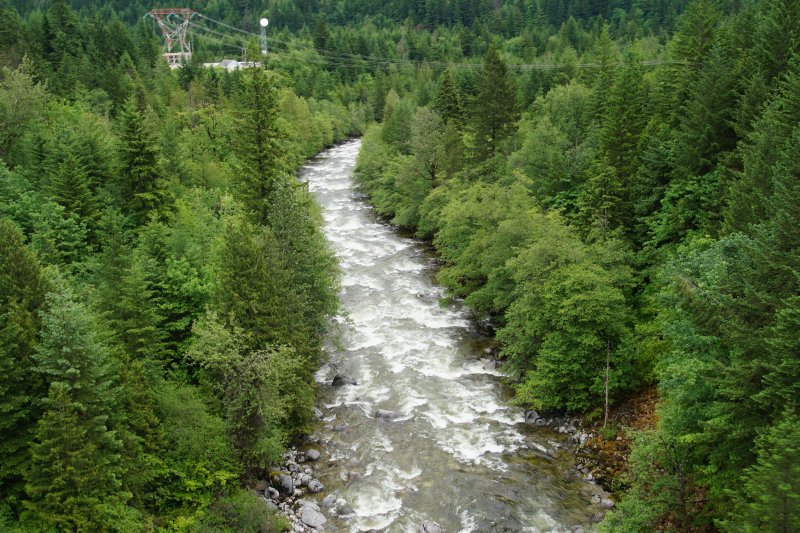 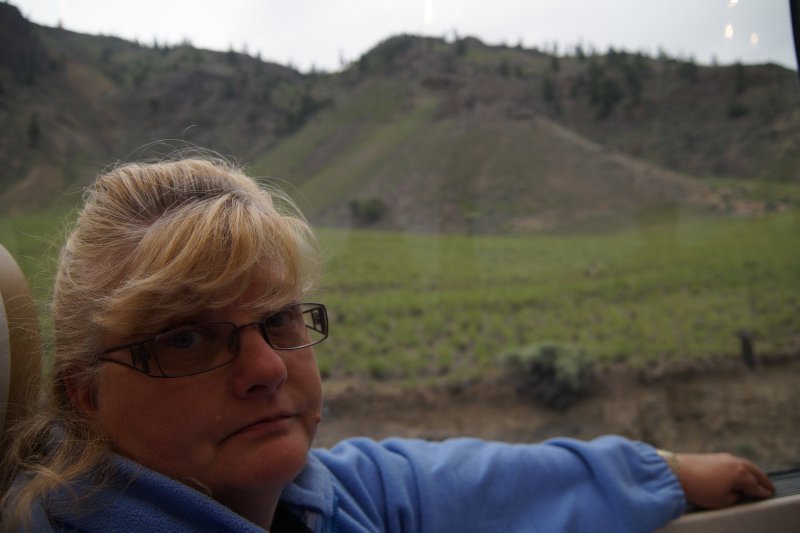 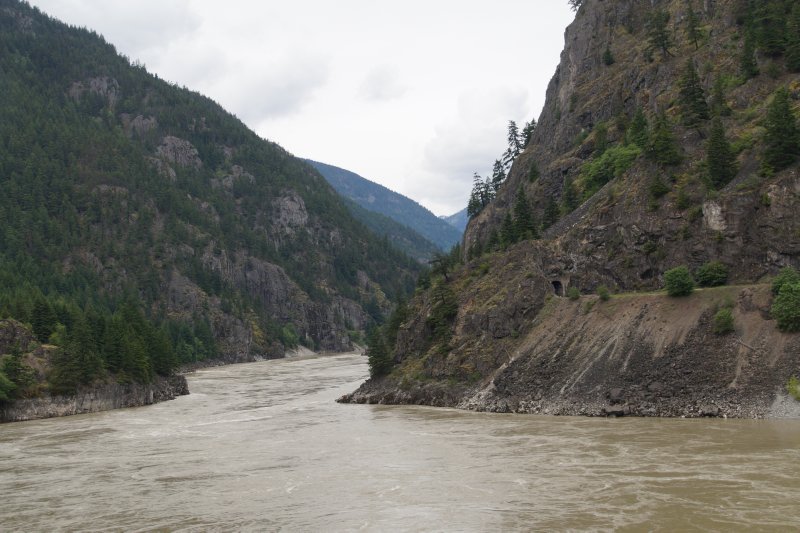 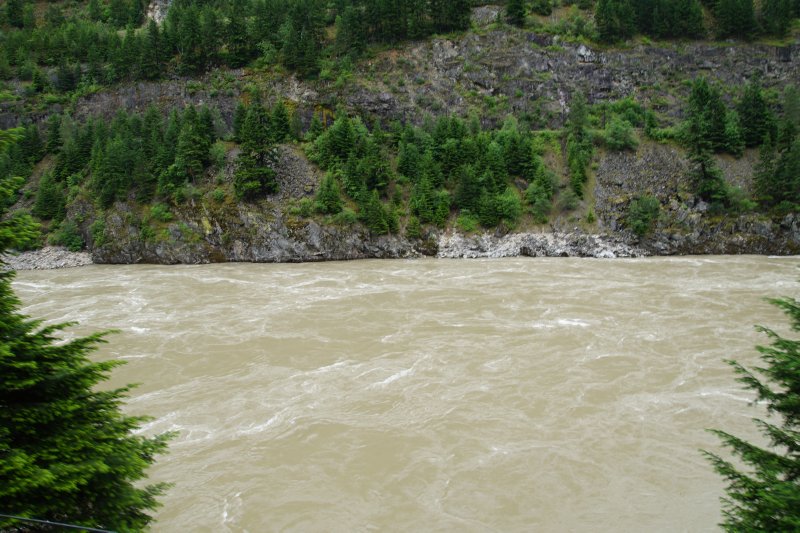 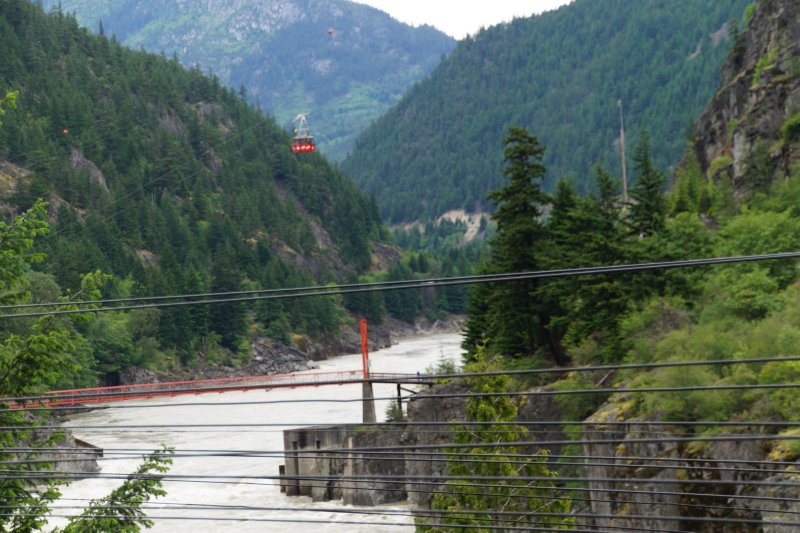 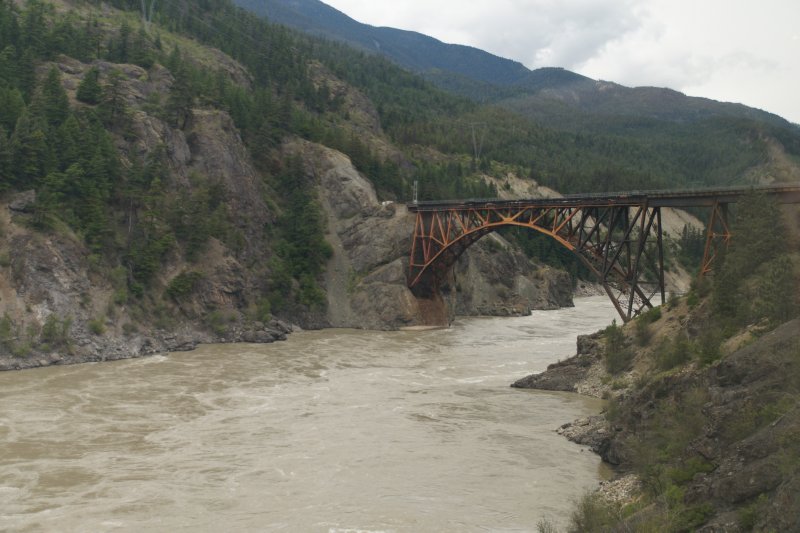 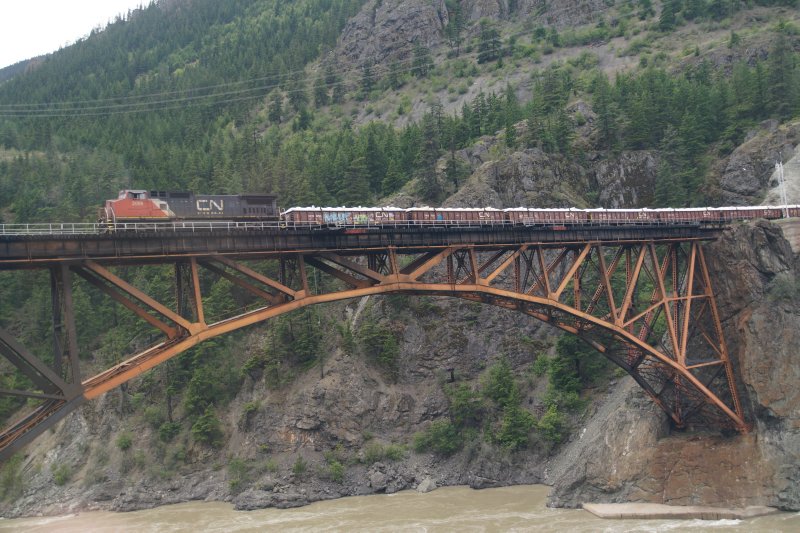 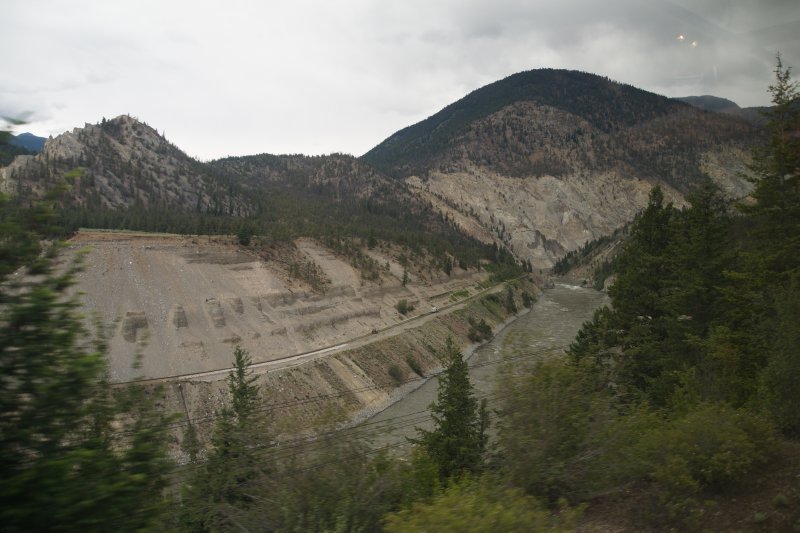 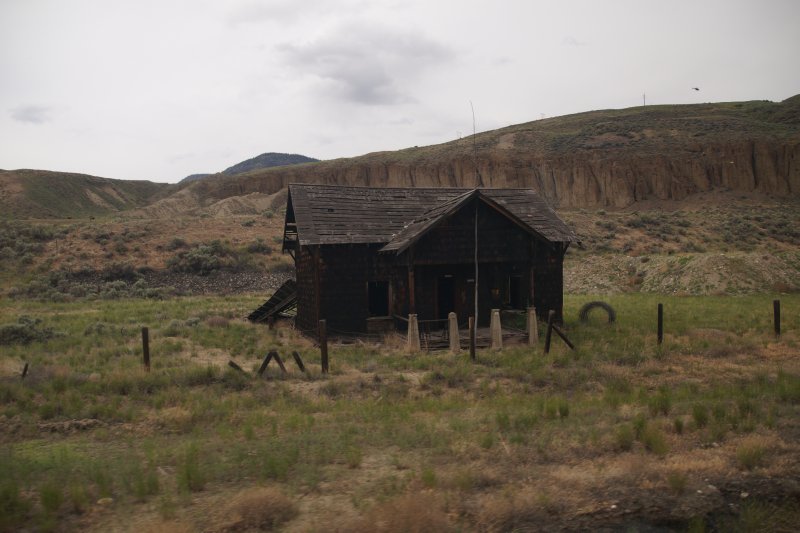 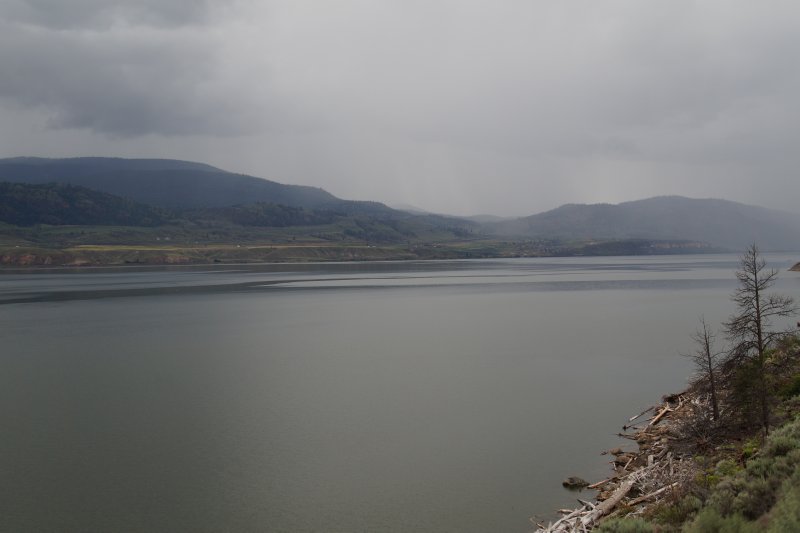 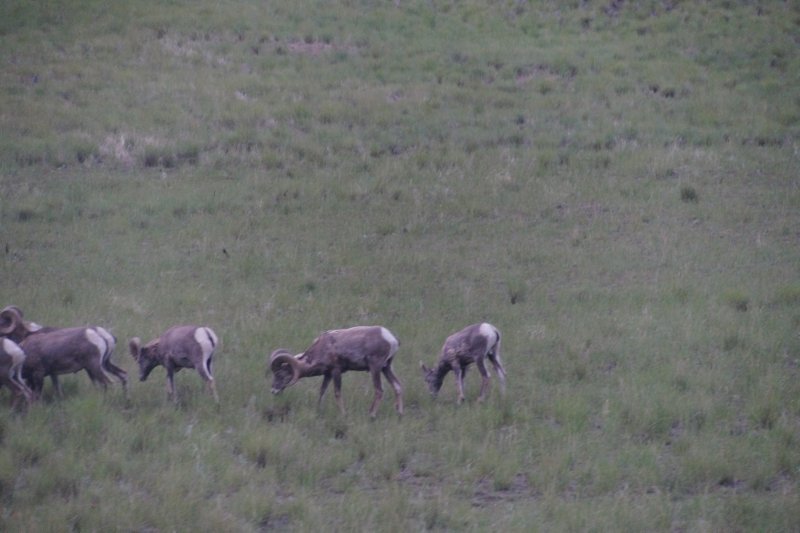 Kamloops is a city in south central British Columbia, at the confluence of the two branches of the Thompson River and near Kamloops Lake. It is the largest community in the Thompson-Nicola Regional District and the location of the regional district's offices. The surrounding region is more commonly referred to as the Thompson Country. It is ranked 37th on the list of the 100 largest metropolitan areas in Canada and represents the 44th largest census agglomeration nationwide, with 85,678 residents in 2011. 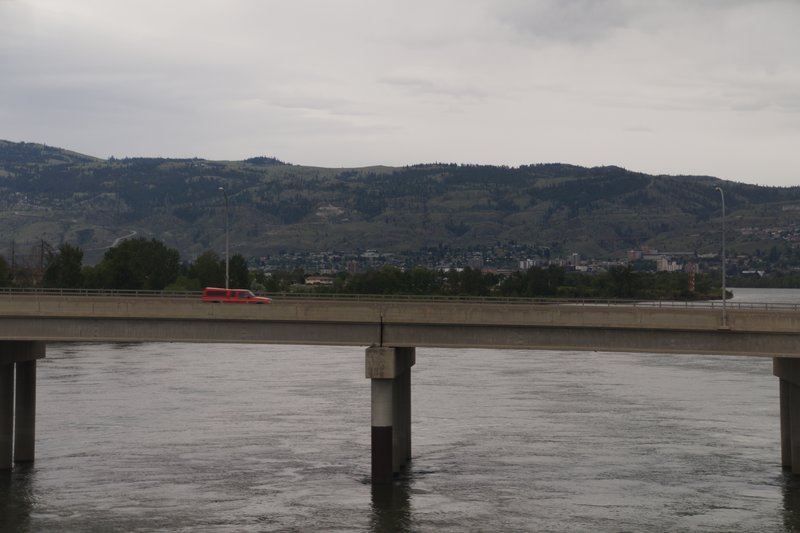