This morning we checked out of our hotel at 10.00am and went back to The Strip for breakfast. Most people don't know that Las Vegas is the general name for this area but The Strip itself is an unincorporated town of Paradise. Paradise is a census-designated place part of Las Vegas Township in Clark County, Nevada, United States. The population was 223,167 at the 2010 census. As an unincorporated town, it is governed by the Clark County Commission with input from the Paradise Town Advisory Board. Paradise was formed on December 8, 1950.

Paradise contains McCarran International Airport, the University of Nevada, Las Vegas, and most of the Las Vegas Strip. Many tourists visiting the Las Vegas area are actually spending most of their time in Paradise rather than in the City of Las Vegas. However, downtown is in Las Vegas. Despite this, Paradise remains relatively unknown since the unincorporated Paradise, NV does not appear in postal addresses.

The area containing most of the Strip to The Sahara is Paradise and therefore is not subject to the laws of Nevada. This means that activities with the people handing out cards on the corner advertising illicit relations is illegal in Nevada but not in Paradise.

Our flight was to leave at 4.22pm for Los Angeles. Luckily for us we got there early and found we were booked on a flight leaving at 2.30 pm.

Even on a Sunday people seem to be in a hurry in Los Angeles. We had a very fast ride into our accommodation via Super Shuttle with just a few close shaves. This picture is a common sight here. Along the roads and even in Beverley Hills you see these small oil derricks called "donkeys". 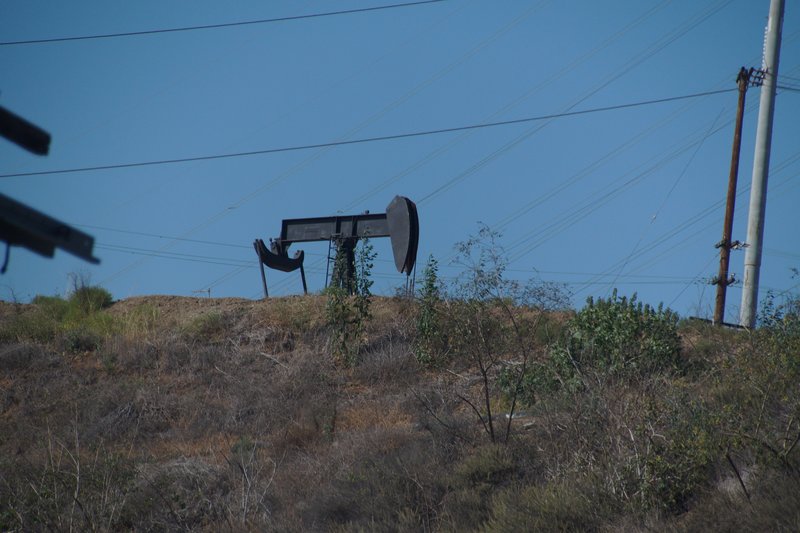 Our accommodation is just off Hollywood Boulevard and is reallyhandyto the train and buses. We plan to go to Disneyland, Universal Studios, J Paul Grtty Museum and perhaps, Long Beach to see the Queen Mary. 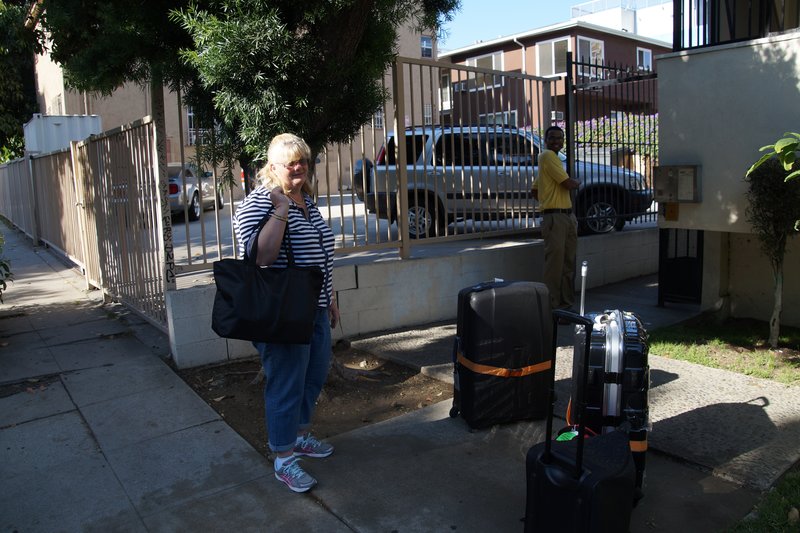 Colleen with the luggages outside our LA apartment