A day at Universal Studios - studio tour and lots of fun

This morning we had a slow start. Our breakfast was last night's dinner from the restaurant. The meals are so large we take home half in a box. Colleen had Chicken Parmiagana and grilled vegetables and I had a very large fettucine pasta with shrimp, chicken and proscuitto, very spicy. it was still good for breakfast. the restaurant around the corner serves Brazilian cheese breads with olive oil and balsamic along with a dinner sald before you get to eat the entree. at home we have an entree, main and dessert. Over here they have an appetizer, an entree (a main) and dessert. it is very hard to get to a dessert given the size of the portions. A pint of Blue Moon (draught beer) costs $4.75.

There is a supermarket a short walk away called Ralphs which sells 12 packs of Coronas for $10.99 along with other brands of beer and wines such as NZ Brancott and Oyster Bay Sav Blanc around $10 or $11. Woolworths' biggest seller is bananas but here they sell for about $1.70 a kilo. food is so much cheaper than at home.

Anyway, back to today, we walked to hollywood Boulevard and took a bus to Universal Studios. We took the Studio Tour. We saw many of the sets for current and past smovies. Many of the sets are used over and over again. For example, the Court house in to Kill a Mocking bird was also used in Back to the Future. this tour also rides through the world's largest 3-D experience on King Kong 360 3 D created by Peter Jackson. We went through some sets which gave us some incredible experiences. Many sets are just the back and sides of buildings. 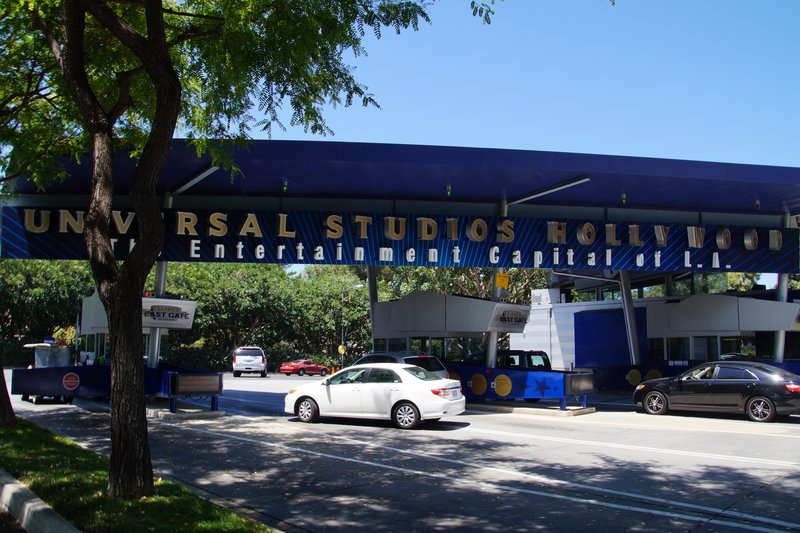 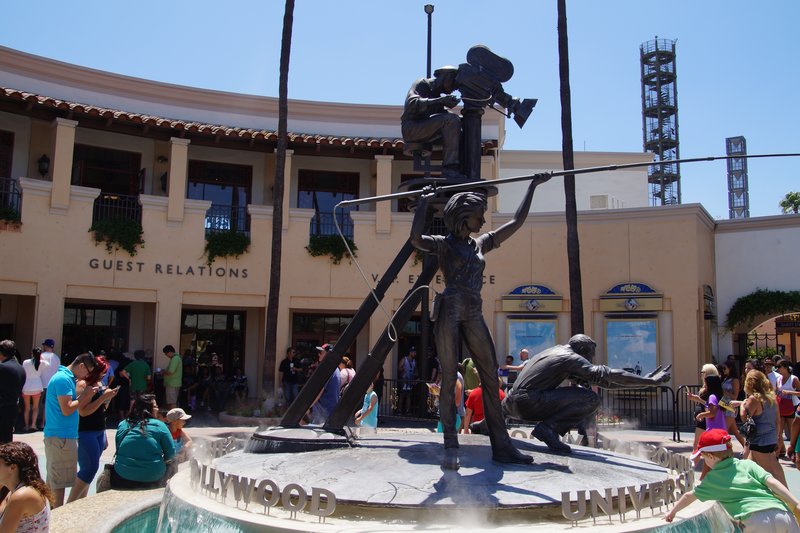 Statue inside the entry to Universal Studios 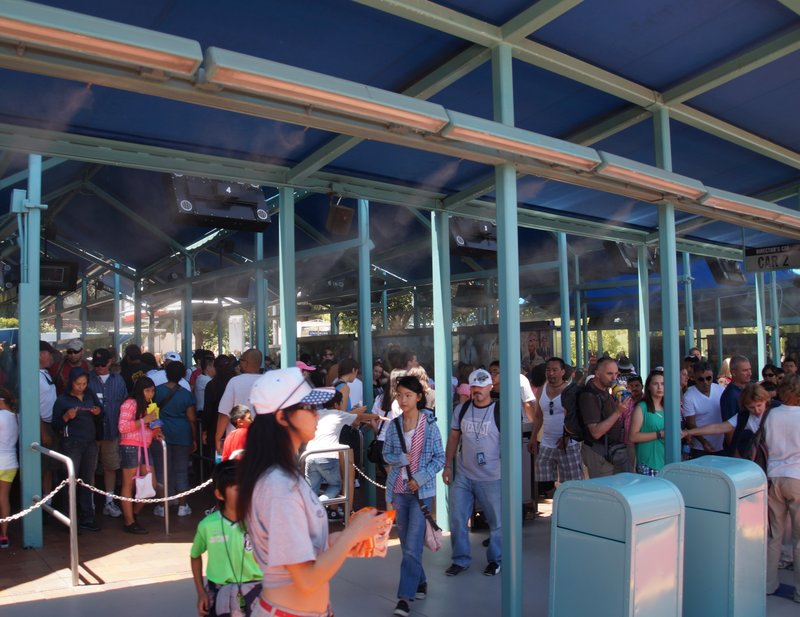 Line up to Studio tour 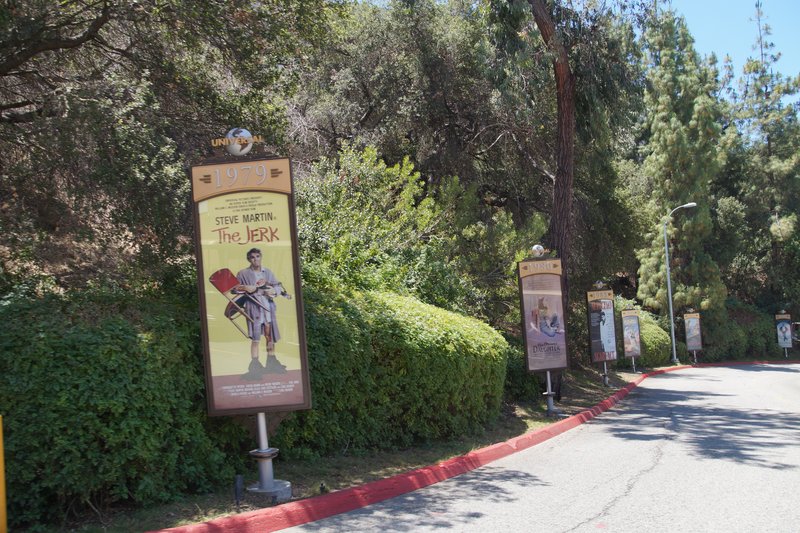 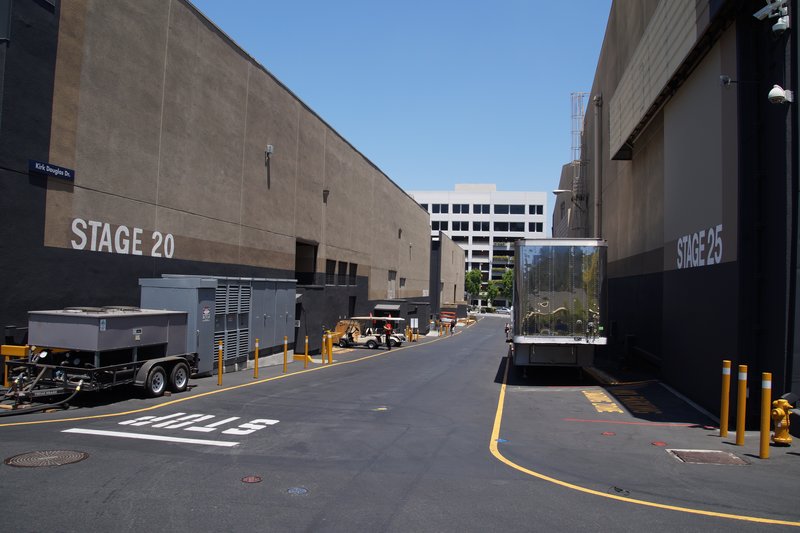 Studio 25 where CSI is filmed 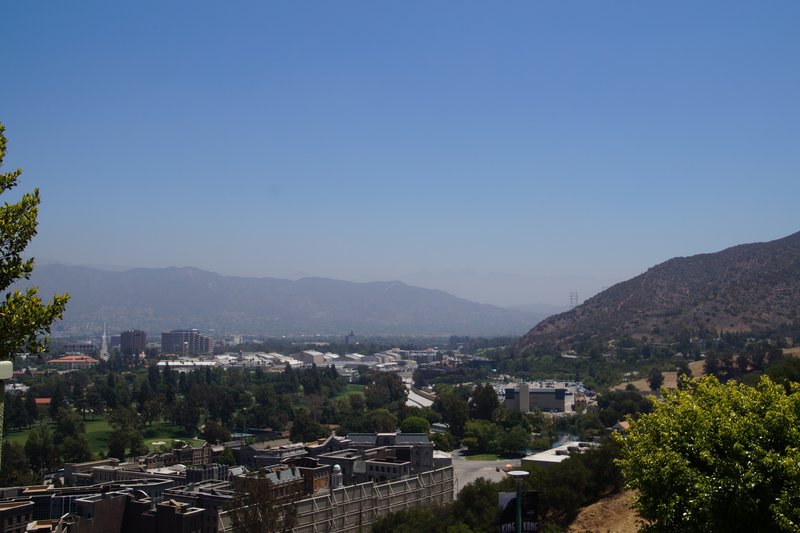 View over LA from Universal Studios 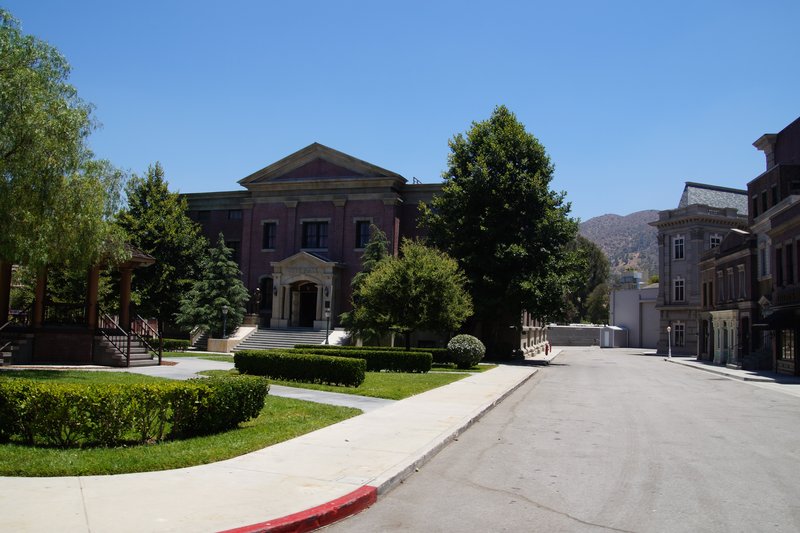 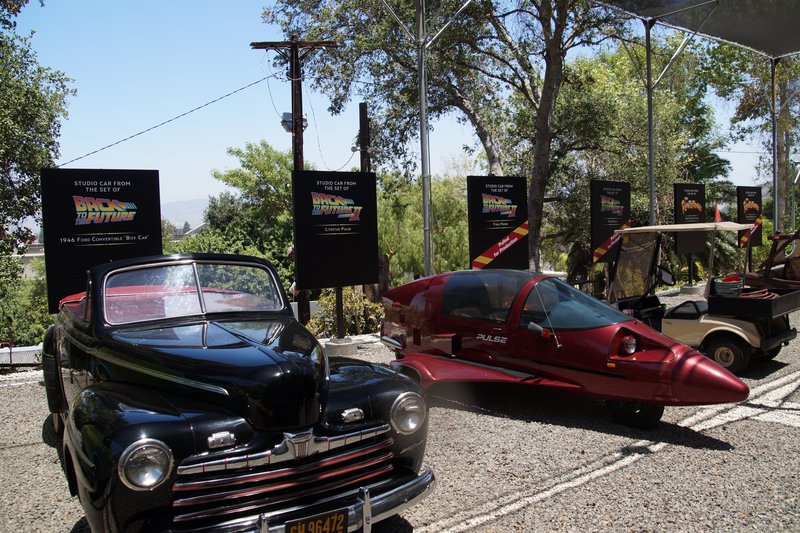 Back to the Future vehicles 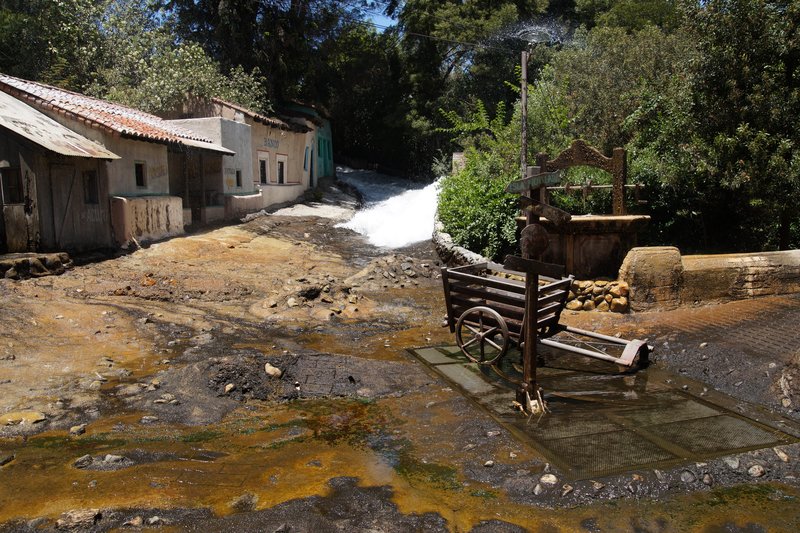 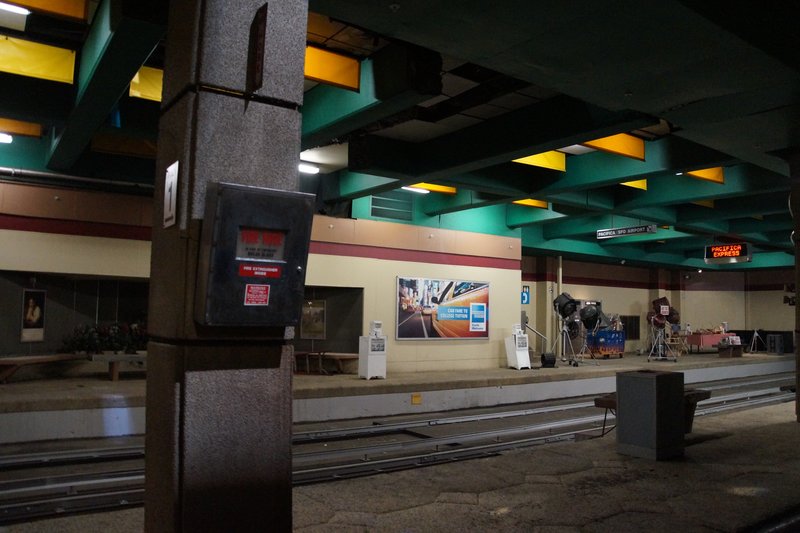 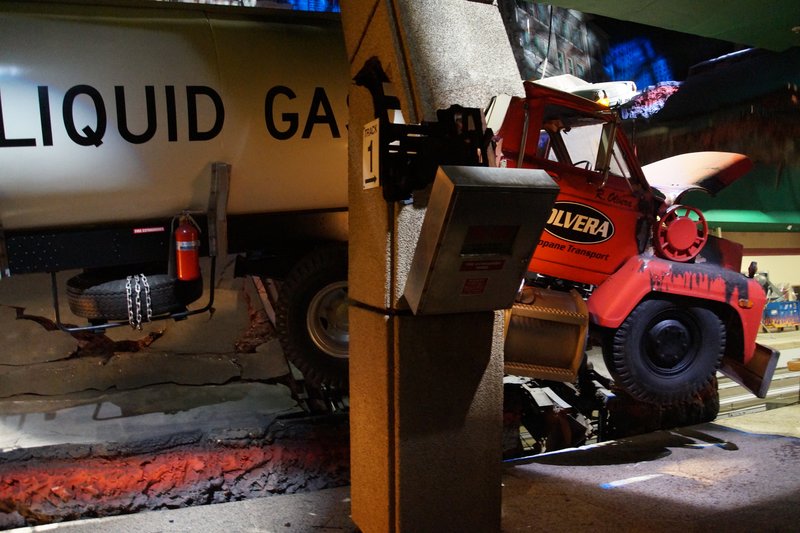 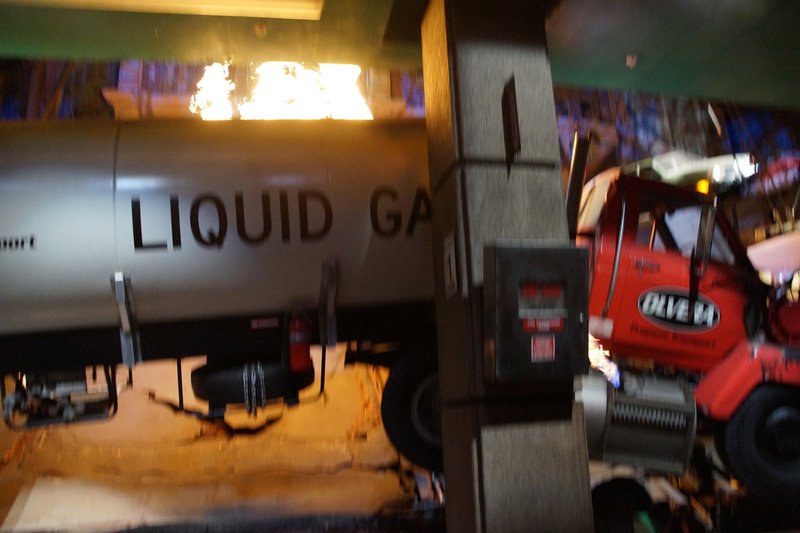 We went to the Special Effects Stage which was really interesting and very well presented. 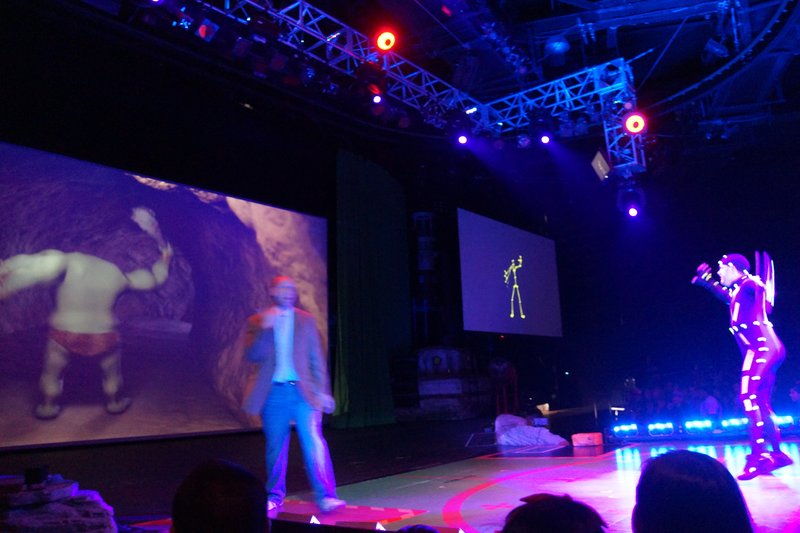 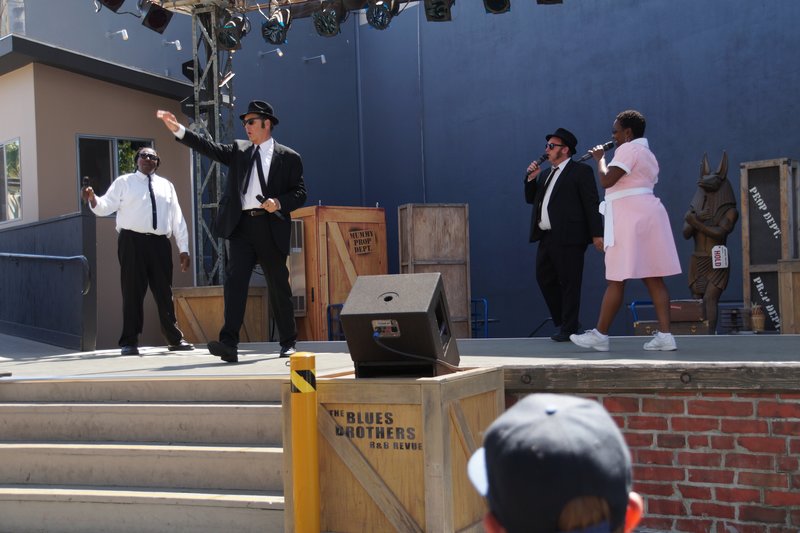 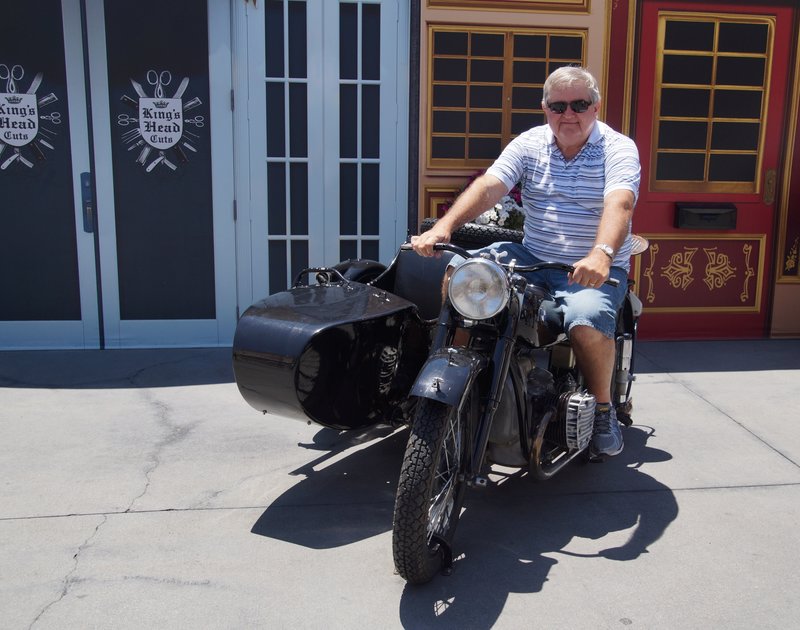 David trying out the bike

Here are a few pictures from Universal Studios. 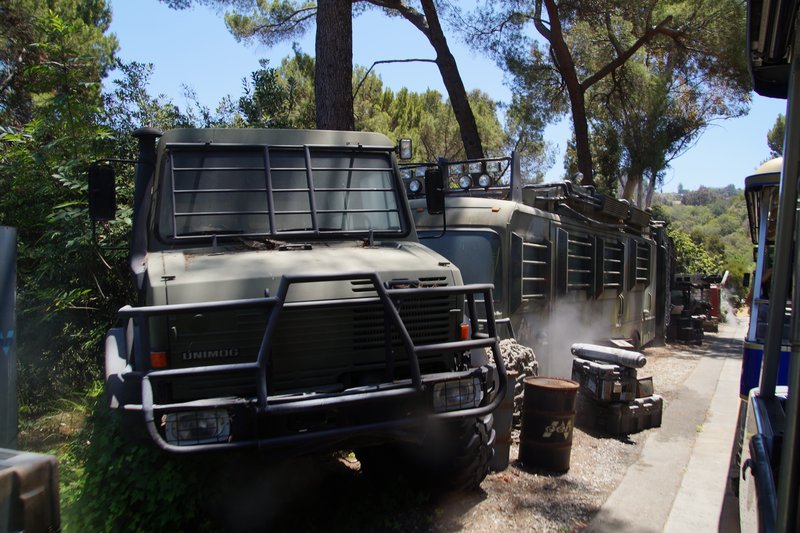 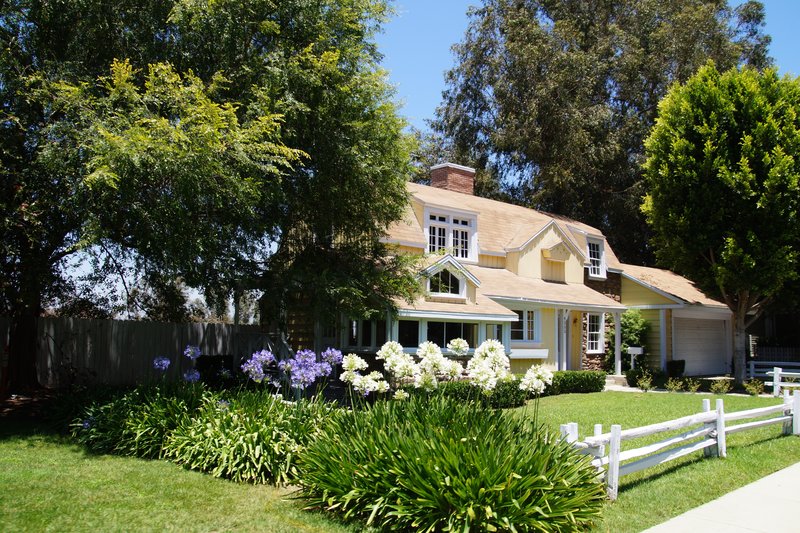 Later in the afternoon, we went on the Transformers Ride. I am really sorry I didn't take photos. most of the time we held on for dear life as the vehicle we were in accelerated and decelerated rapidly in facing these 3D transformers that jump out, fight and thrash around and fire weapons at you. It is one of the best rides we have ever been on. here is a picture of the front of the building. 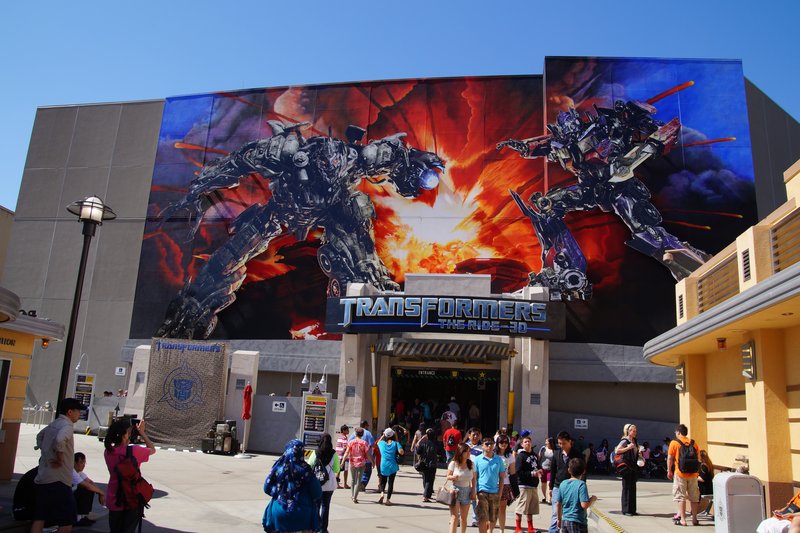