We had a later start after all the walking we did yesterday on our visit to Disneyland. Today is a Hop On Hop Off Buses day. We are doing the same tomorrow and on our last day in the US on Saturday. We fly out at midnight on Saturday night and then miss out on a Sunday altogether as we arrive on Monday morning. We caught our bus near the Dolby Theatre -Home of the Academy Awards- for at least the next twenty years. 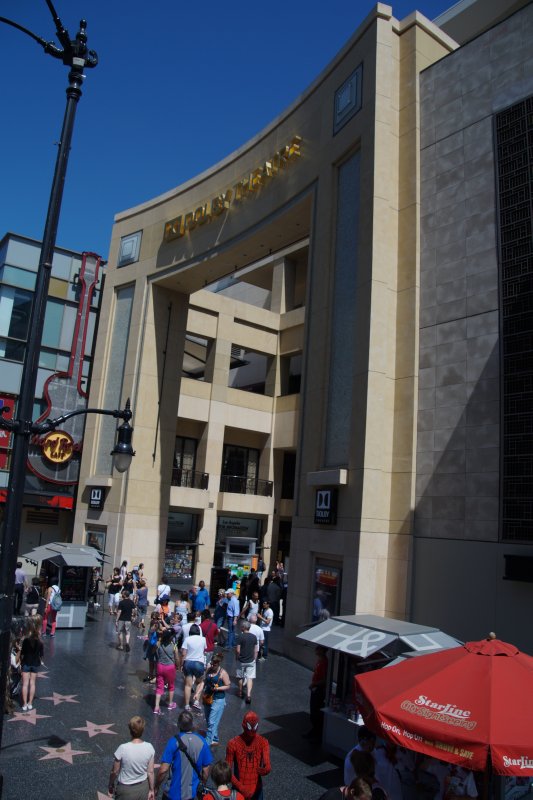 Note the stars on the sidewalks. The only star who does not have a star on the sidewalk is Muhammad Ali ( pardon the double negative) as he didn't want nobody walking on his face. His star is in the Dolby Theatre on the wall. 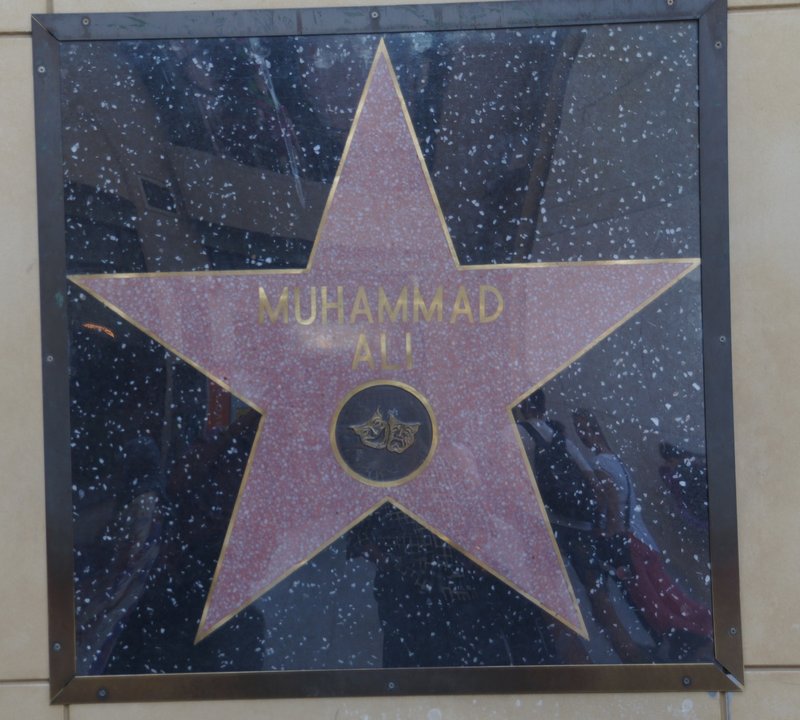 Muhammad Ali's star is on the wall in the Dolby Theatre

Our first bus took us along Sunset Boulevard and on to Beverly Hills. Beverly Hills is a city in Los Angeles County, California, United States, surrounded by the City of Los Angeles. It is home to the shopping district Rodeo Drive. 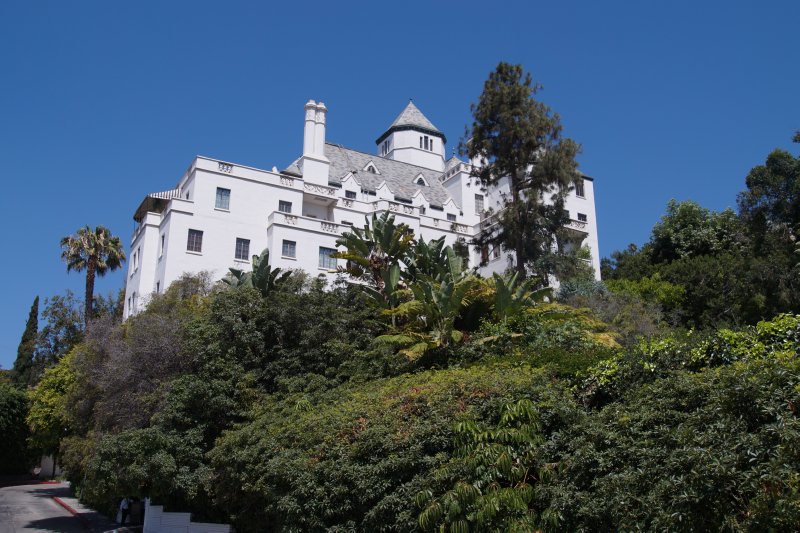 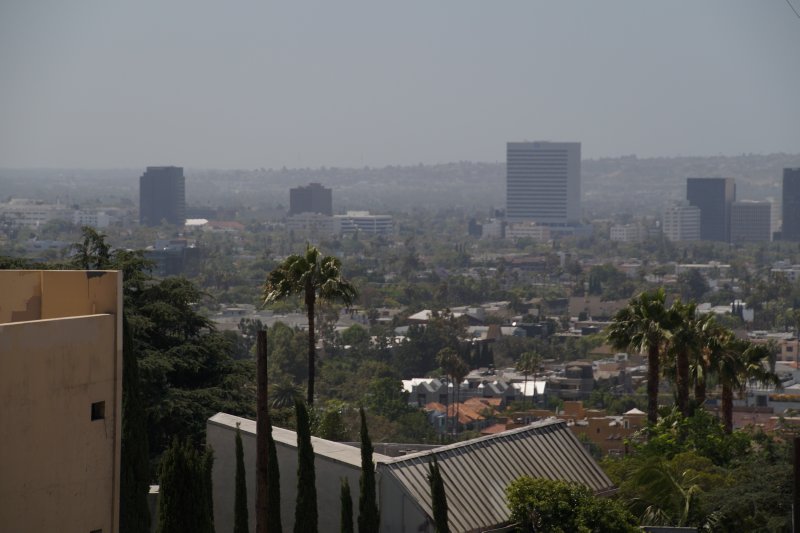 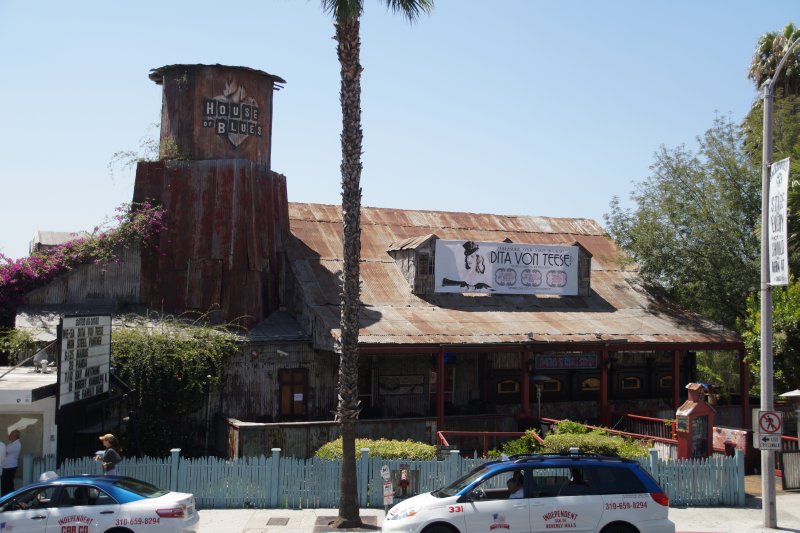 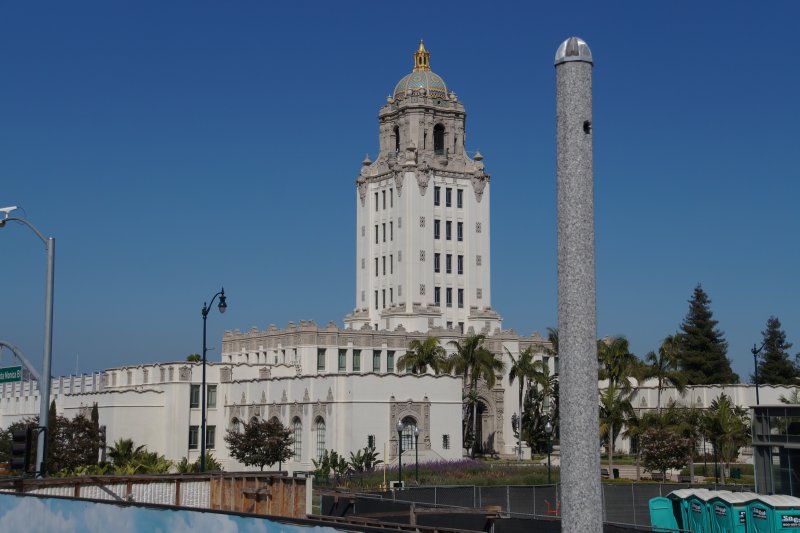 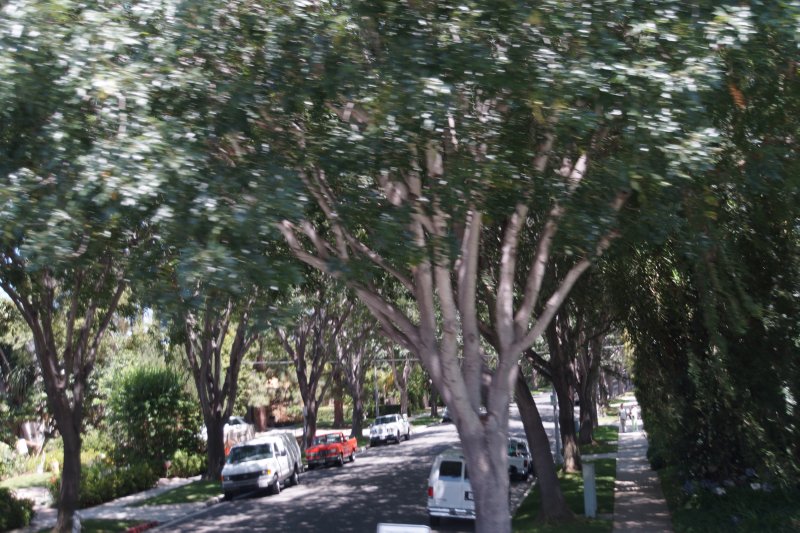 Beverley Hills - each street has different types of trees 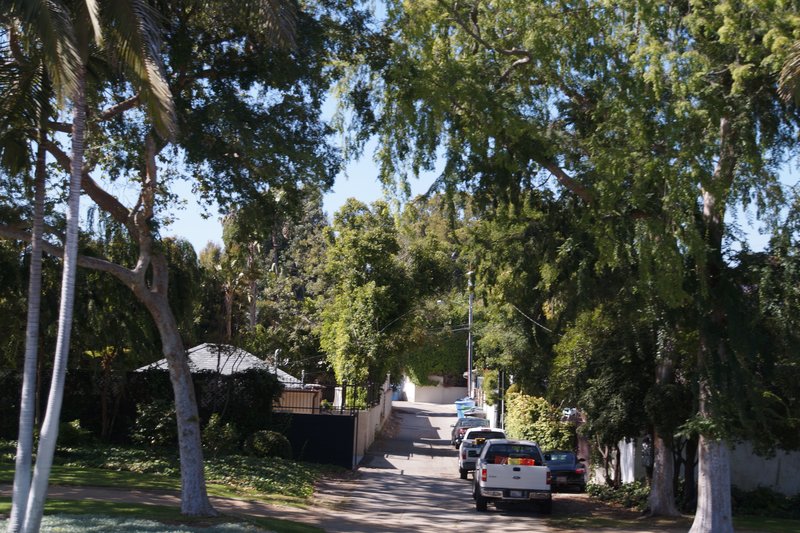 Beverly Hills-streets have different types of trees from each other and thre are lane ways behind houses for garbage trucks and service vehicles to access.

On the way to Santa Monica we passed through Century City. Once a backlot of 20th Century Fox, which still has its headquarters just to the southwest, the Fox studio commissioned a master-plan development from Welton Becket Associates, which was unveiled at a major press event on the "western" backlot in 1957. In 1961, after Fox suffered a string of expensive flops, culminating with the financial strain put on the studio by the very expensive production of Cleopatra, the film studio sold about 180 acres (0.73 km2) to developer William Zeckendorf and Aluminum Co. of America, also known as Alcoa. The new owners conceived Century City as "a city within a city." In 1963, the first building, Century City Gateway West, was complete, followed the next year by Minoru Yamasaki's Century Plaza Hotel. 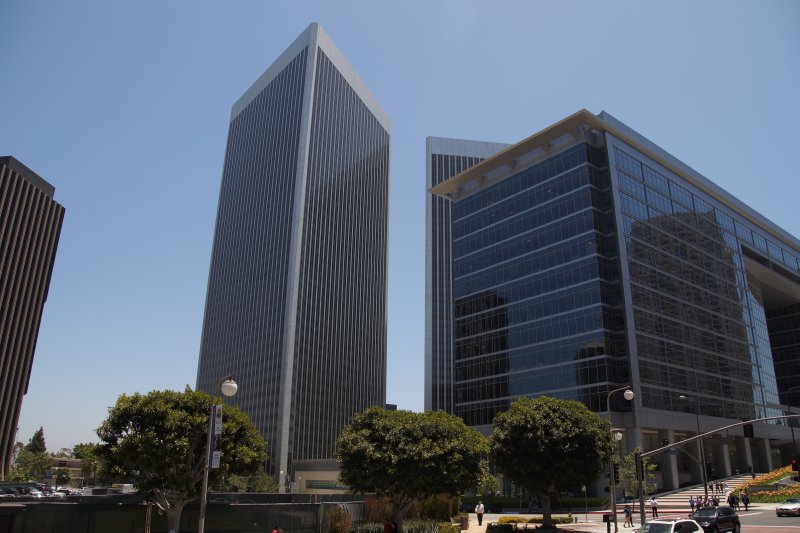 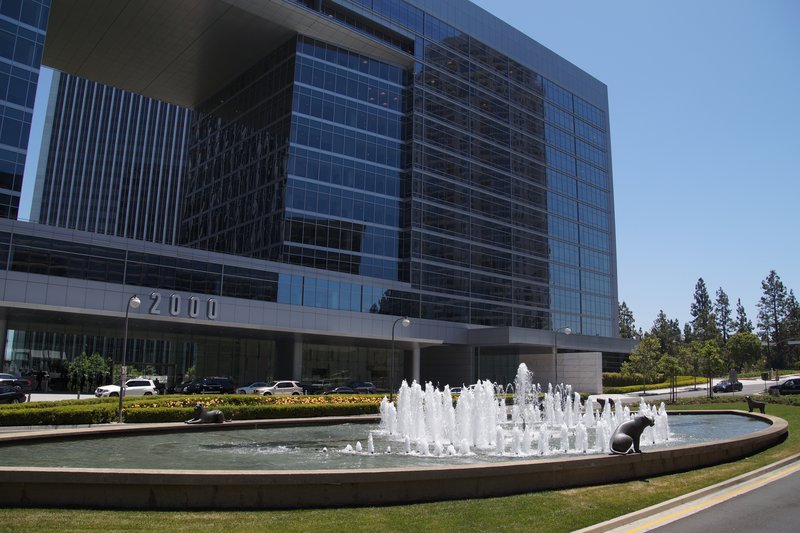 We changed buses and took the route down to the Santa Monica Pier. We went to a very nice Mexican Restaurant for lunch. Colleen had the platter and I had Steak Picador. It was far too big for both of us. We never learn to just order one dish and share it. 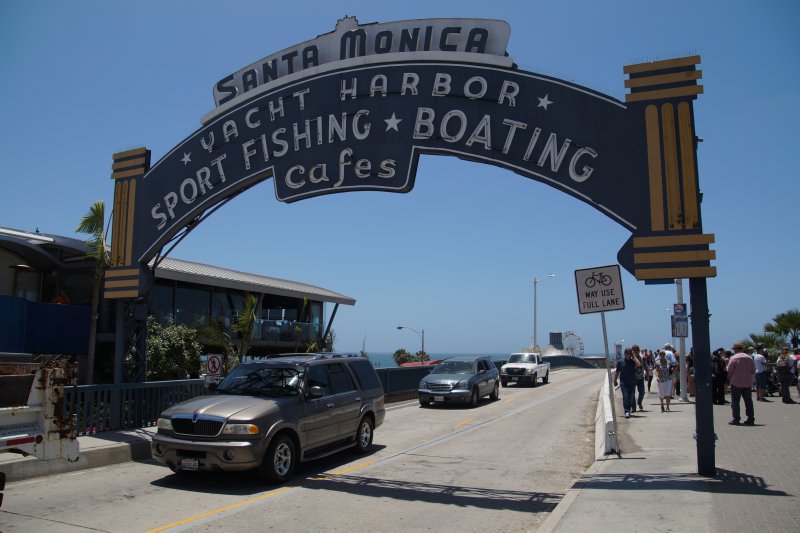 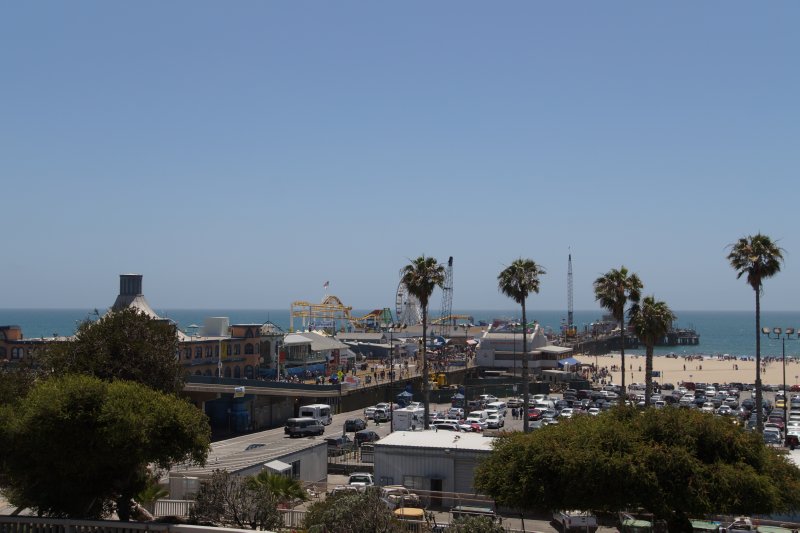 We took a different bus route after lunch and went down past Venice Beach to Marina Del Ray and Fisherman's Village. By this time it was mid afternoon so we retraced our steps back on different routes. 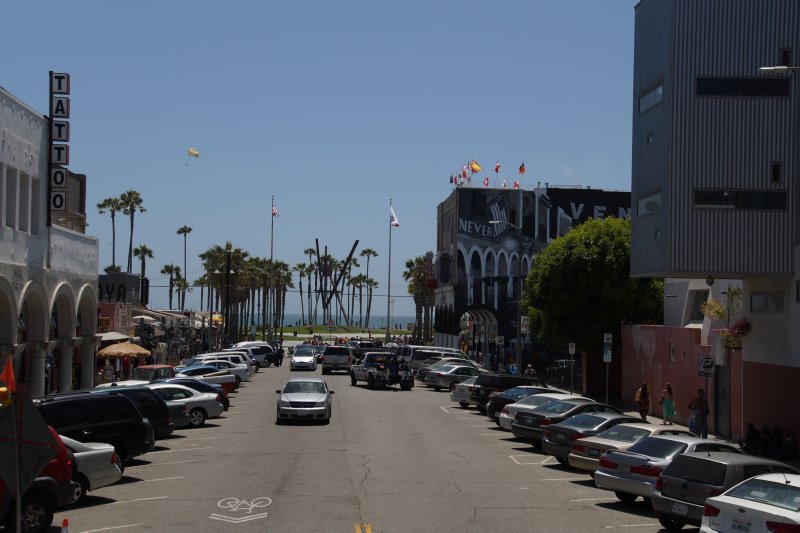 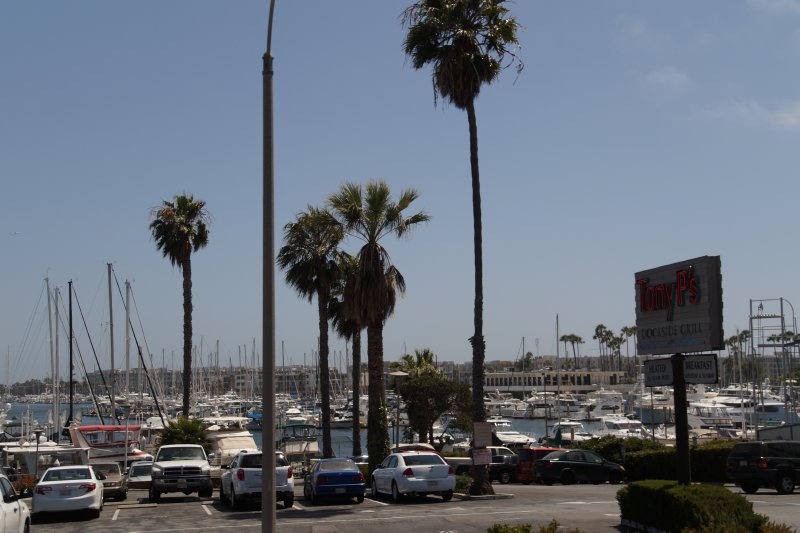 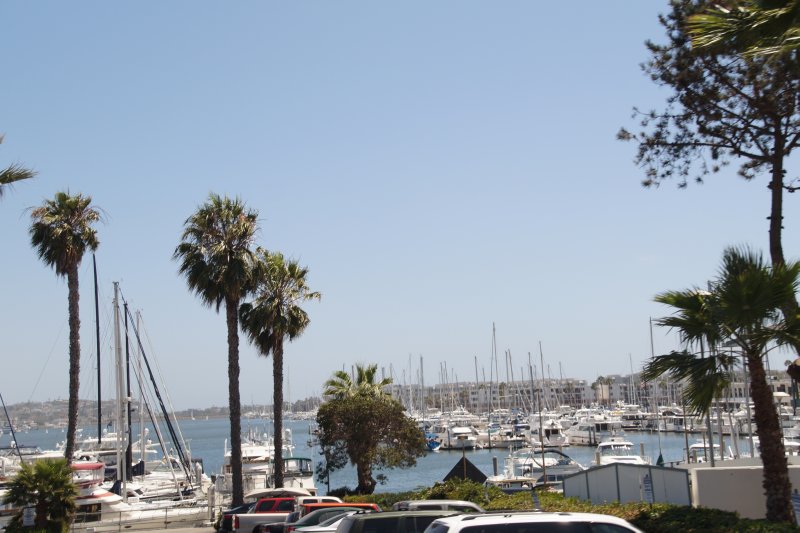 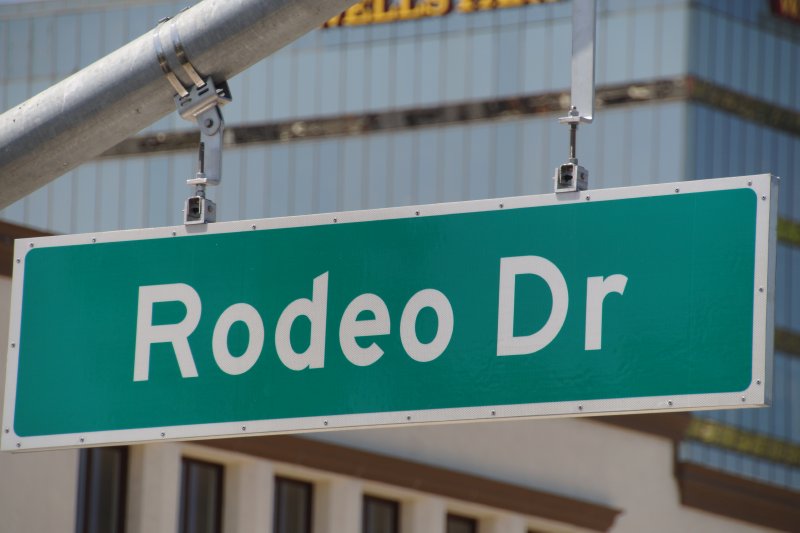 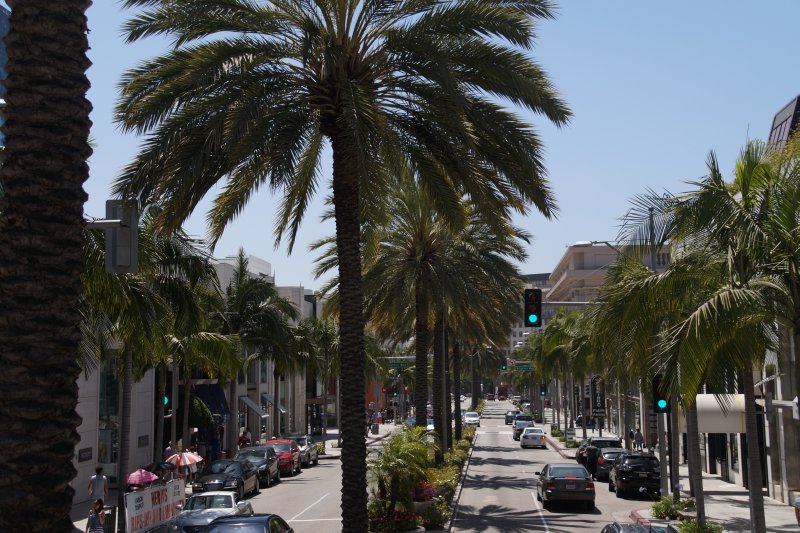 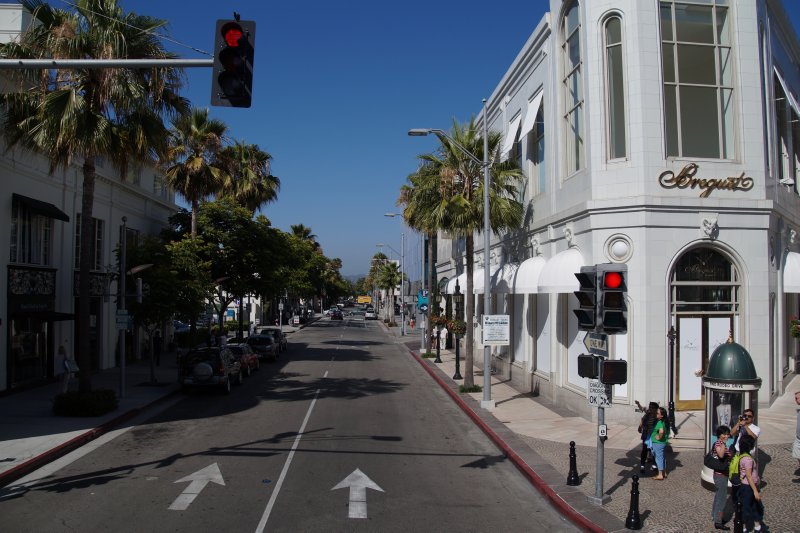 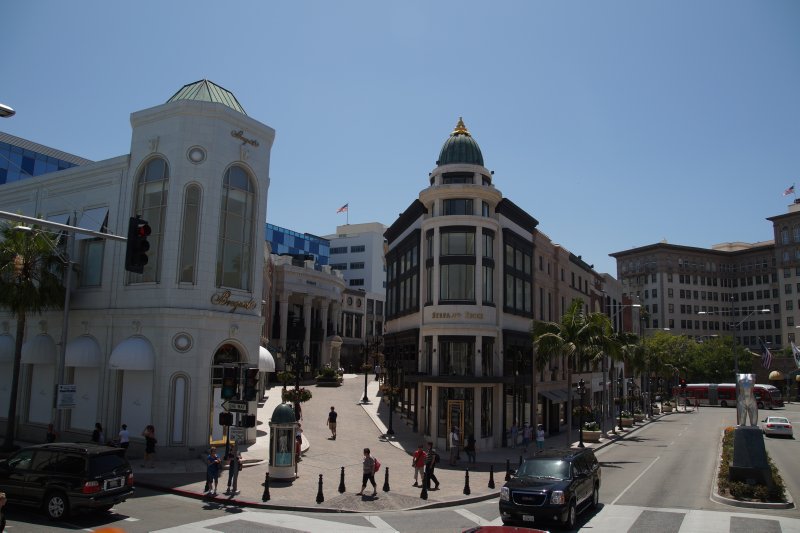 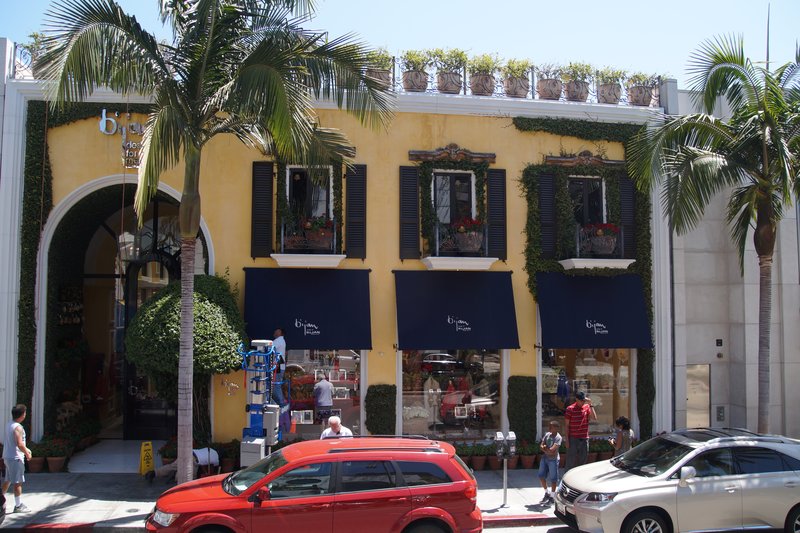