Banff is a town within Banff National Park in Alberta, Canada. It is located in Alberta's Rockies along the Trans-Canada Highway, approximately 126 km (78 mi) west of Calgary and 58 km (36 mi) east of Lake Louise. At an elevation of 1,463 m (4,800 ft), Banff is the community with the second highest elevation in Canada after Lake Louise.

Banff is a resort town and one of Canada's most popular tourist destinations, known for its mountainous surroundings and hot springs. It is a destination for outdoor sports and features extensive hiking, biking, scrambling and skiing areas within the area. Sunshine Village, Ski Norquay and Lake Louise Mountain Resort are the three nearby ski resorts located within the national park.

It is surrounded by mountains, notably Mount Rundle, Sulphur Mountain, Mount Norquay, and Cascade Mountain. The town is situated above Bow Falls near the confluence of the Bow River and Spray River.

Tunnel Mountain (formerly known as Sleeping Buffalo Mountain) (1,690 m or 5,545 ft) is situated within the townsite and is very popular for quick hikes; one can reach the summit in less than half an hour. It was named Tunnel Mountain because surveyors initially wanted to make a tunnel for the Canadian Pacific Railway right through the mountain, instead of following the Bow River Valley.

We drove a short distance to see where the Bow and Spray Rivers converge near the Bow Falls. This area is really at the bottom of the garden for the Fairmony Bannf Springs Hotel. 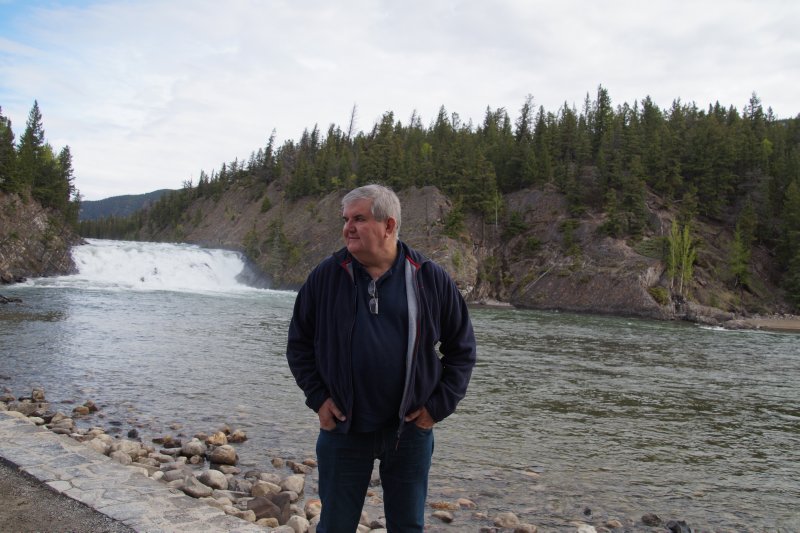 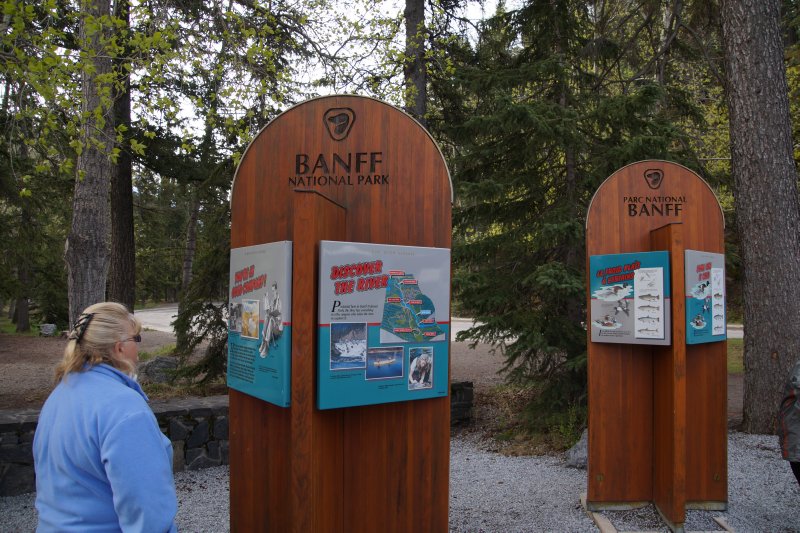 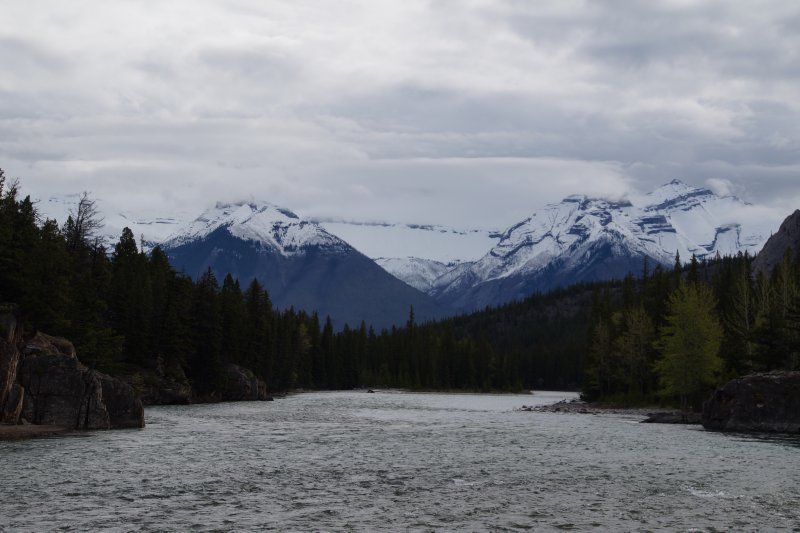 Here are some pictures of Cascade Mountain viewed from Tunnel Mountain. 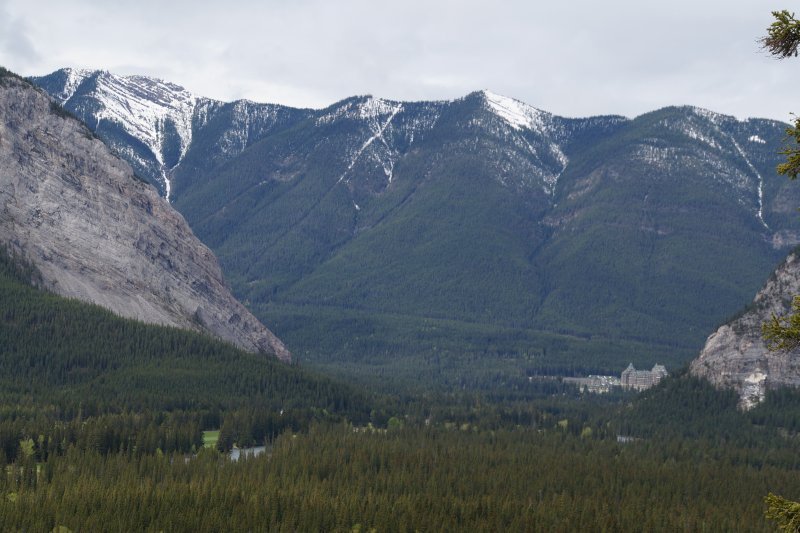 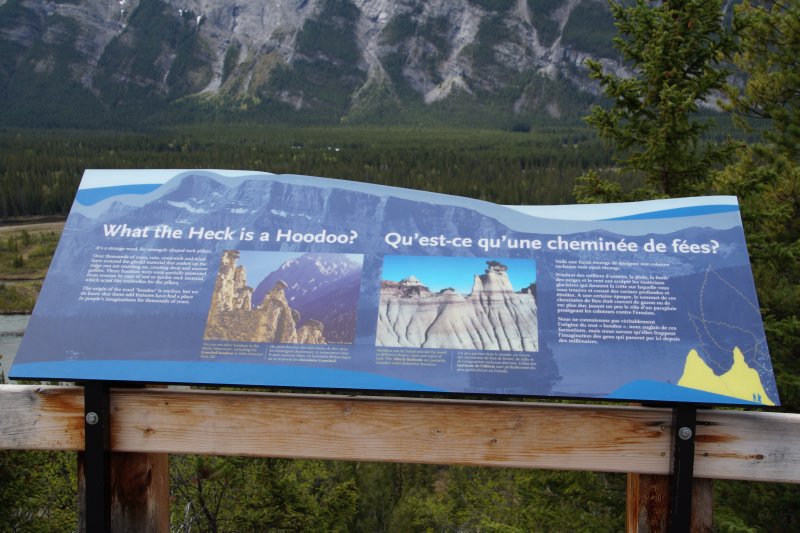 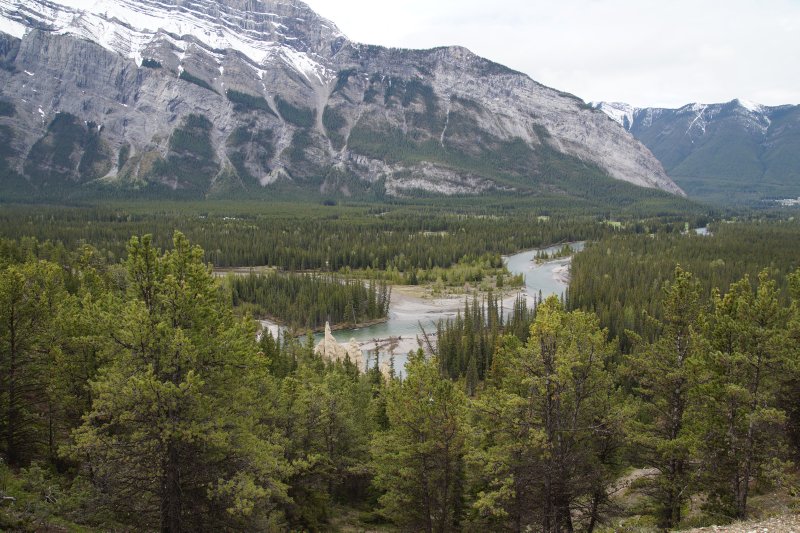 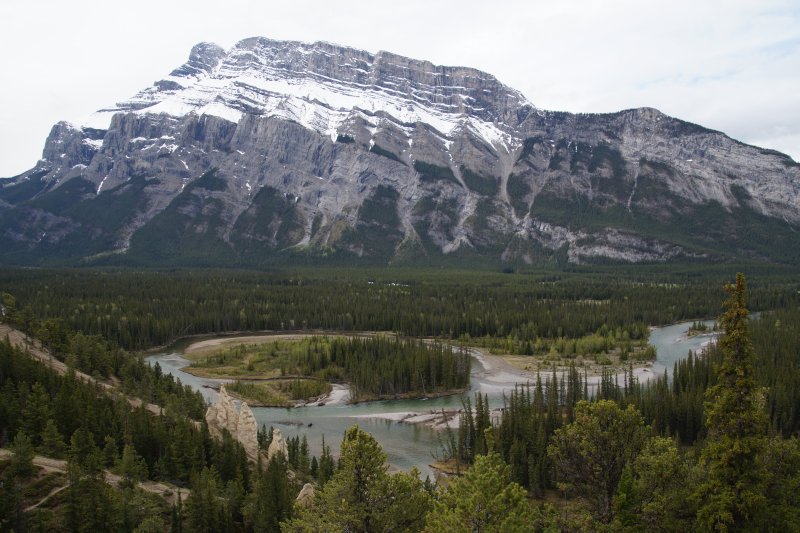 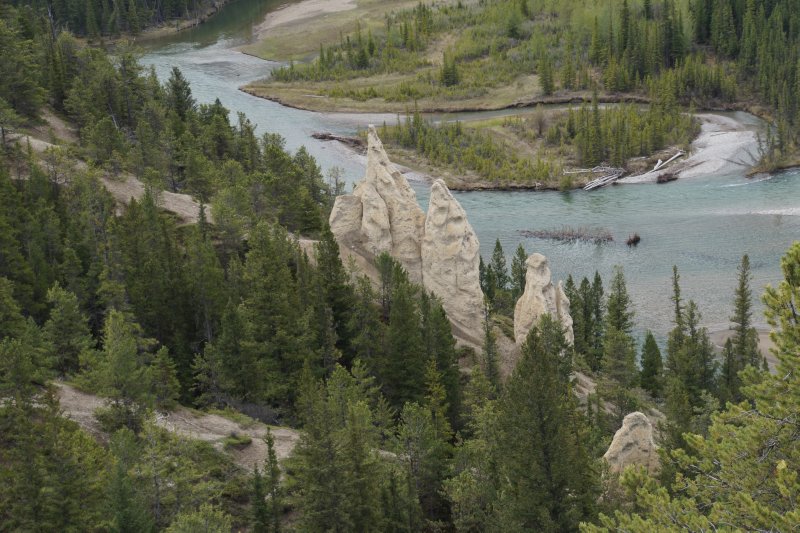 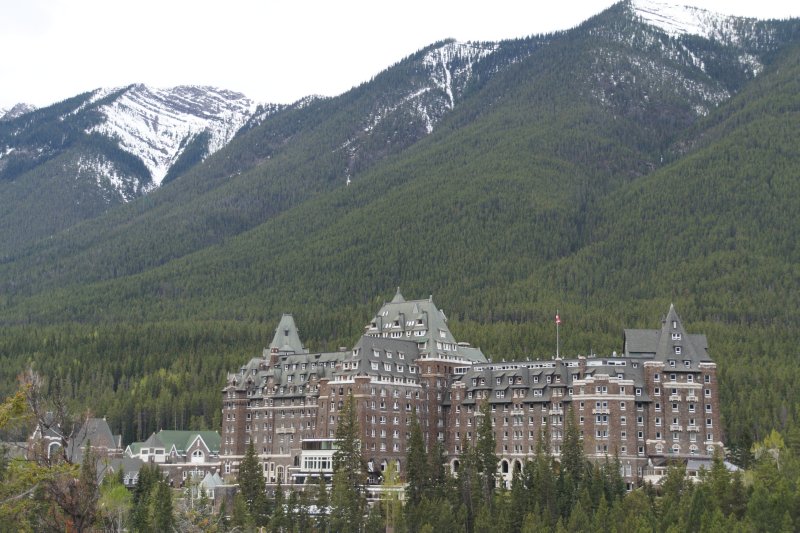 We returned to walk around the beautiful little town. As the town is in the National Park, people living here need to provide a "Reason to Reside" to be able to live here. All land is on a 42 year lease from the government. 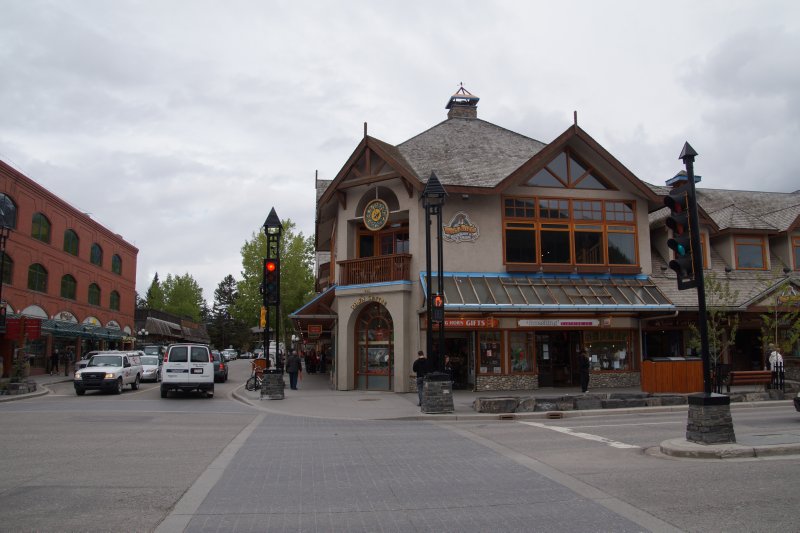 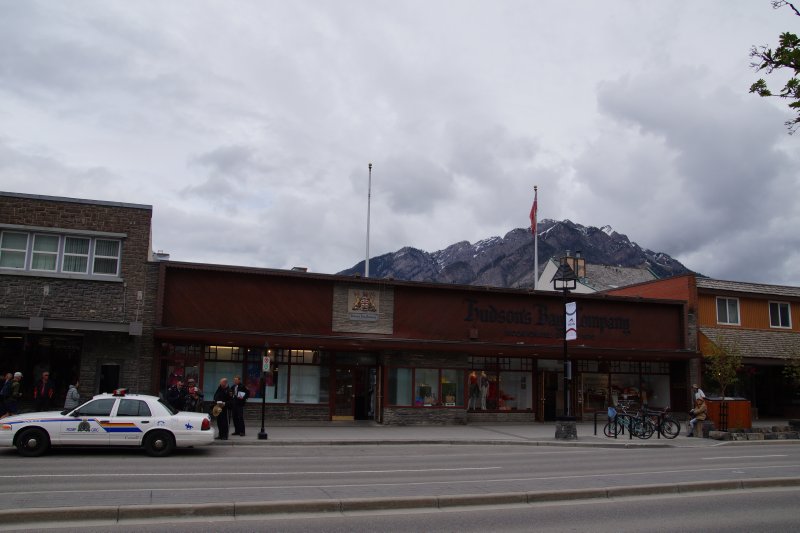 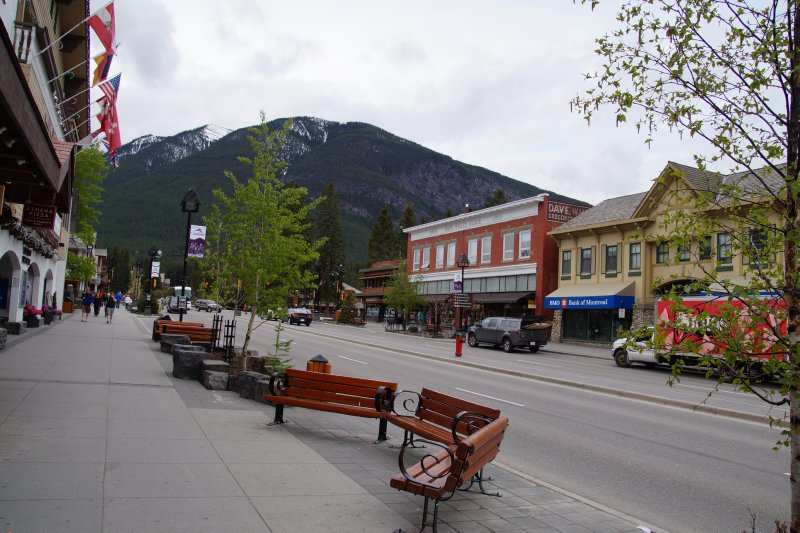 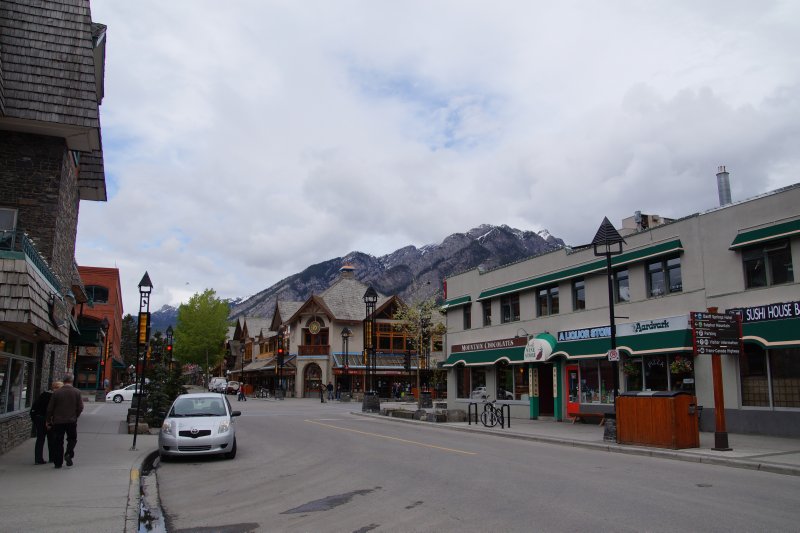 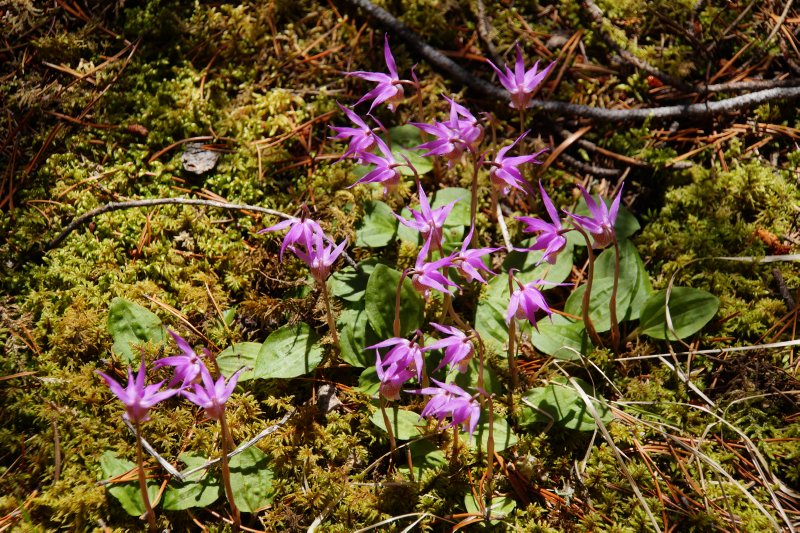 We set out for Johnson Lake for a picnic lunch and then a bush walk around the perimeter of the lake. It really is quite spectacular.
Here are some pictures taken during the walk. 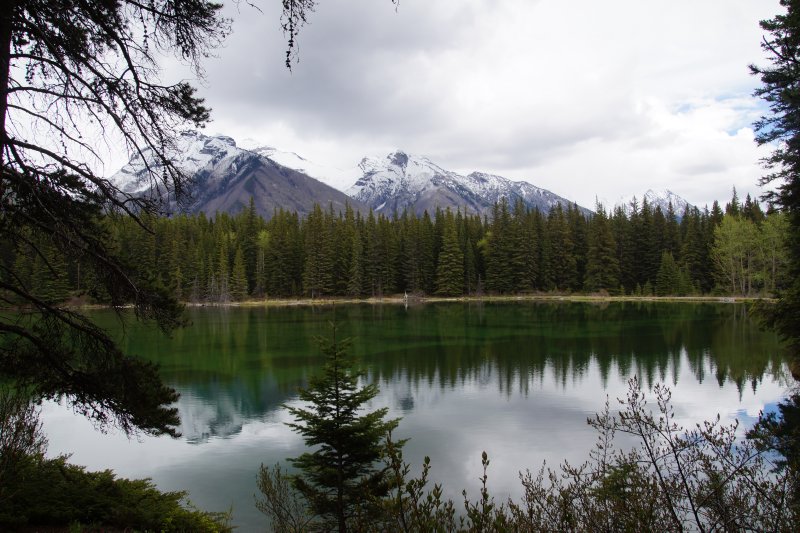 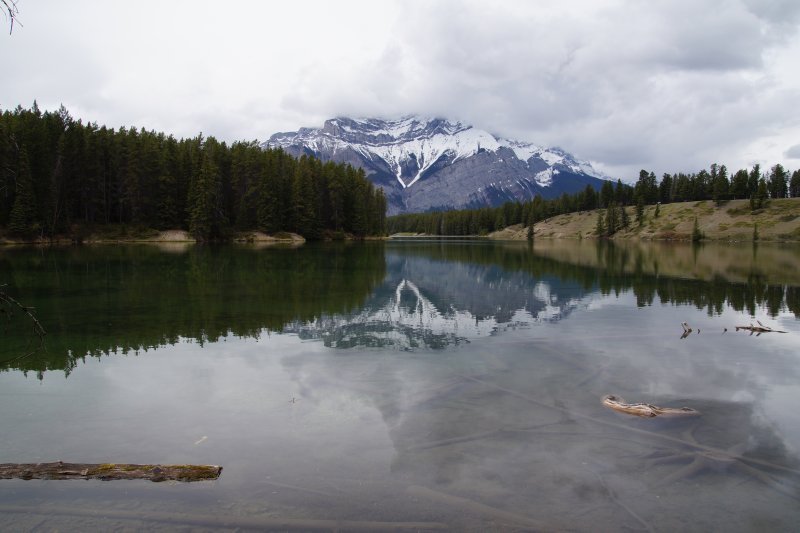 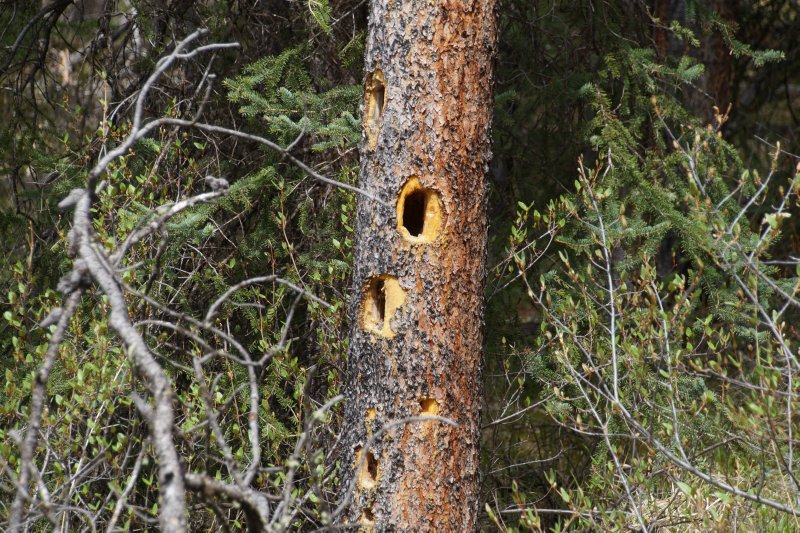 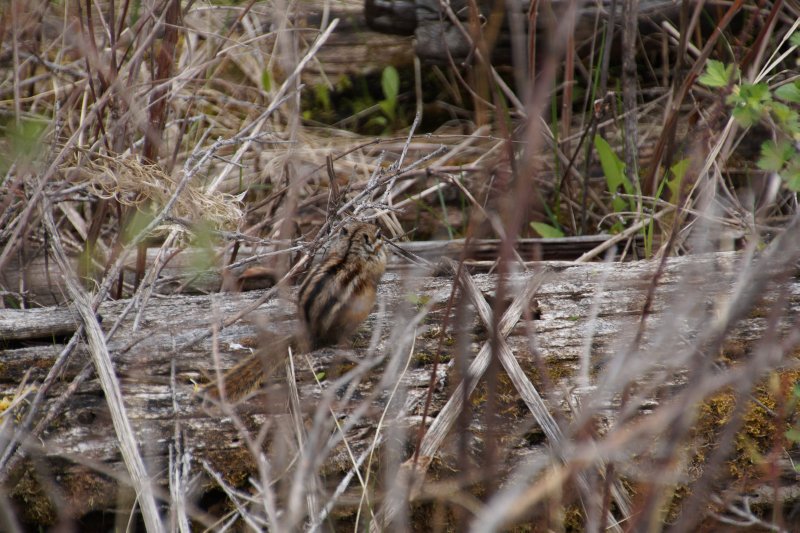 On our return to the hotel I went on a tour to hear the story of the hotel. The President of Canadian Pacific, Sir William Cornelius Van Horne commissioned the hotel in 1888 and he asked why it had been built backwards . He said what idiot designed this so the kitchen staff had a million dollar view. They have since built many additions to this lovely old hotel. 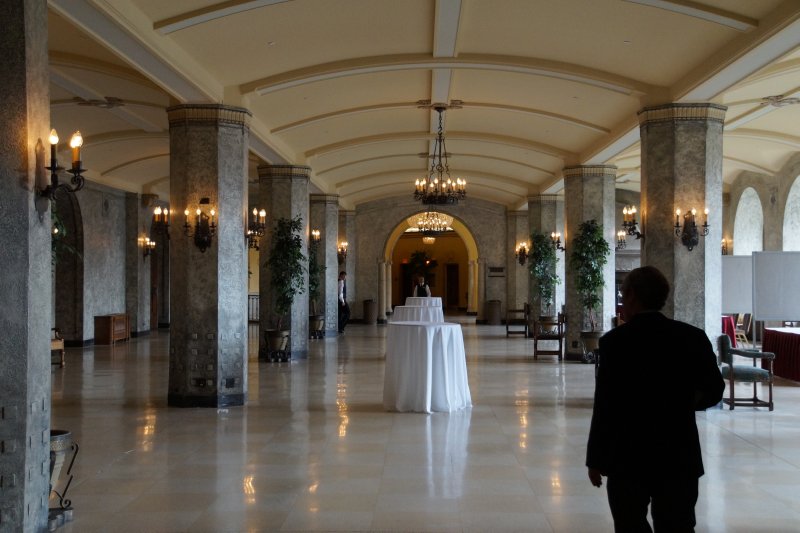 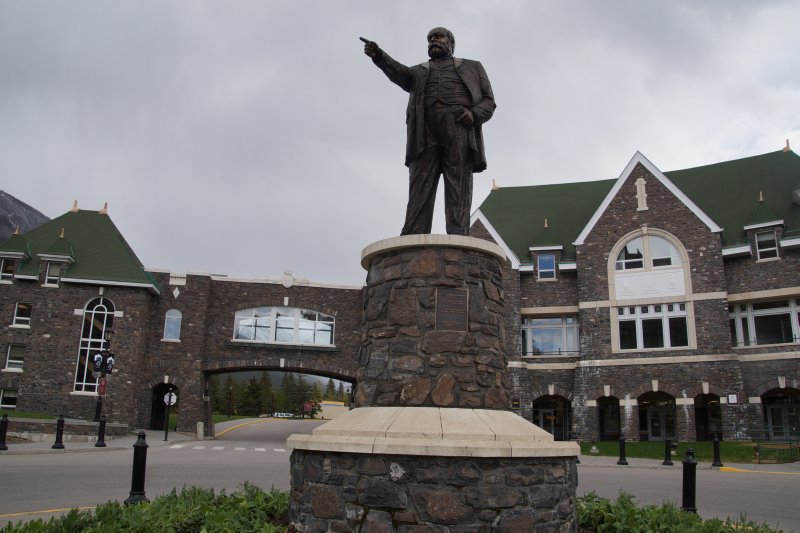 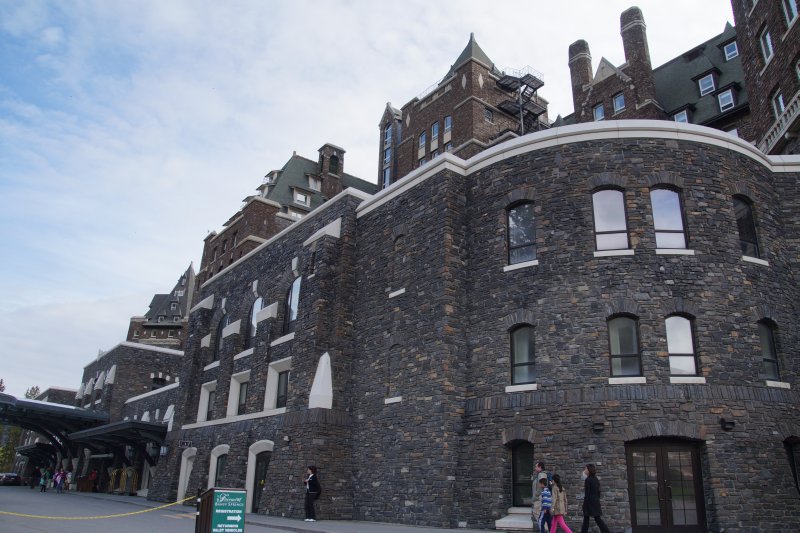